Lord of the Slums - History

/ History / Lord of the Slums 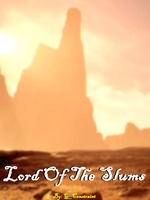 Lord of the Slums LotS

Dracedis Ralt, the most infamous city lord in the entire kingdom of Patriam, has been abandoned by the king due to the uselessness of his entire entity.

This turn of events leads to Dracedis taking his own life... only for the body to be taken over by a man from Earth?

Having been transmigrated, the new Dracedis Ralt goes on a conquest to renew the city of Irae, build a kingdom, and establish his place in the world.

Schedule: One chapter a day, may have more on weekends.
Warning: The protagonist is neither good nor evil, he is a businessman.