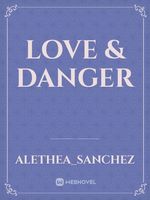 When Lizzie awakes in the middle of the night, as her uncle calls her with a devastating information, she doesn't know what to do but cry. As she is listening to the news, her past memories come back, bringing her nothing else but anxiety.

She immediately goes to the hospital, doesn't know what to expect to see, but the most important person of her life lying on a gurney, critical, struggling to stay alive.

Her father. The only family she has left.

It was reported as an attempted murder, a bullet in his head, almost impossible to survive from.

As her uncle decides to take care of her, he hires a bodyguard to secure her with his life. At first, it doesn't work out easily. But later on, they amend to solve the case on their own.

Are you going to take risks?