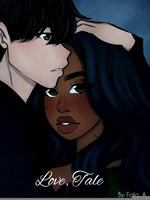 Strikingly beautiful young Tale is a girl whose hearts longs for adventure, love, excitement and all the beauty of this world. Find out what happens when she finally finds the courage to leave the four walls of an office into an intriguing world she had always only dreamed of with a man who forced his way into her life and maybe her heart.

Zhang Su Yan is the heir to the biggest civil engineering company in all of China, the only son of his parents and a carefree human deep down. He finds himself in Africa, on Nigerian soil to break grounds with the government of one of the states in the country. He had dealt with a past love that had left a physical scar and was content with his life as it was, or so he thought.
The boy within him takes over when he meets with a stubborn accountant with a shrewd head for business. A black skin goddess, who wanted nothing more than to live a life full of beautiful moments and memories.

Find out what happens when this two discover the price for desire, risk, adventure...and maybe, Love.

"I've had quite a bit of Nigerian food and i can say yours might be good" he replied ending the topic as he finally dug in.

Tale had been avoiding his face since the moment they met but now she could see clearly under her mini chandelier.
His face was well sculpted and all clear with a jawline to die for and It embodied the very essence of masculine beauty, he had a perfect forehead and his eyebrows were perfectly winged that they made her fingertips throb and made her a little jealous. The only place that held a little softness were his eyes, there were as dark as night but beautiful. His hair was midnight black and fell to one side of his face covering a scar she couldn't see yet.
Such a face did not belong to a man who was sweet but of one who commanded, demanded and took action. His lips were so fine and firm, it sent a seductive shiver down her spine. Men like this-- who looked like he did led women to sin... And into loosing their peace of mind.

"You know it's rude to stare?" he said when he felt he had allowed her have her fill.

All characters asides from the lead female character Tale which part of her is about my life (I'm an accountant, i never liked my job and I really want to travel the world, someday soon) is fictional. I believe one of the joys of writing is being able to become someone else.
All characters are fictitious and any resemblance to a real life person is completely a coincidence.

I'm still trying to figure it out.. lol
stick with me to find out.