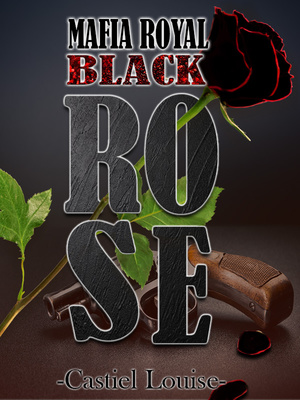 [This novel is R-18, it contains themes, languages, and scenes that may not be suitable for all readers.]
*
*
*
He's in the mafia and she's an assassin. They met in all the right places at the wrong time. Can love break all the barriers the underworld builds between their worlds?


As the Russian mafia second in command, Yuri was living up to his family's expectations. He was a ruthless mafia leader with no intention of falling in love. That was true until he was smitten by Andi the moment he first laid eyes on her, little did he know that she has many secrets that could either make him or break him.


Andi, a heartless assassin who bound her life for revenge, had long promised herself not to fall in love. Although she had admired Yuri from afar even before they met, she tried her hardest to fight the feelings she has for Yuri.


Can their love, that was built around lies, can flourish to rebuild both their broken hearts?
*
*
*
"Yuri... faster..." I begged but he merely smiled on my skin. The smile of a devil in disguise. He didn't give me what I wanted, instead he kept his slow torturous phase. "Please..." only this man can make me beg for this.


''No butterfly" I whined when he stopped what he was doing altogether. "You need to learn not to make me jealous or you'll never have me pleasuring you again."


I was gasping for air, the heat in my skin was still burning and my face contorted with confusion. What the hell was he talking about? "Don't stop."


He smirked. "Learn from your mistake, babochka."


''What?'' knowing that the smirk on his face was fùcking annoying, I wanted to wipe it out with a fùcking lawnmower. "Fùck you, Laskin." I hopped out of the counter, hot and bothered, fuming with anger and humiliation as I slammed the door of my room. Cold shower was not fucking helping me! He did this to me? How dare that man!


The shower wall shattered to pieces when I punched it too many times that my hands bleed. I let the water calm me, no one had ever humiliated me like that in my entire life.


''Angel'' I heard Yuri speak inside my shower.


''Go away before I rip your head off" I warned. Instead of following my will, I felt his hands around my waist, drawing sweet circles on my stomach. ''Not now, Yuri. Just go."


"No" he pressed his body on my back and damn, he was naked and hard. "Alex told me you and him weren't even a thing. Why make me jealous like that, babochka?"


''I can't be with you, Yuri" he spun me around but I closed my eyes, not wanting him to see how I hate doing this to him. How pushing him away was hurting me like a double-sided dagger.


''Make love to me" I whispered and as soon as the words left my mouth, I instantly regretted them.
*
*
*
And the love-hate relationship of Yuri and Andi begins...
*
*
*
Disclaimer: The cover image does not belong to the author.

This is a work of fiction. Any resemblance to actual places, persons, living or dead, or actual events is purely coincidental. All the names, characters, businesses, places, events, and incidents in this novel are products of the author's imagination.