/ Fantasy / Magic In The Galactic Era 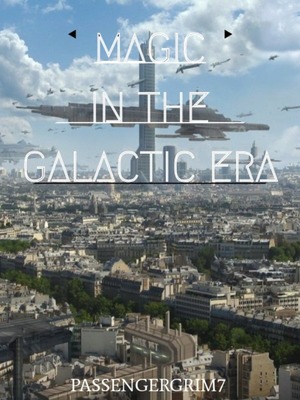 Magic In The Galactic Era MINGE

Jirhen, the name of the objects that helped humans skyrocket in the different levels of civilization. They are the epitome and culmination of knowledge because they are the gifts that humans utilized responsibly and smartly.

Thus, humans have achieved stellar results that are unfathomable and totally ridiculous. Their progress let them build powerful interstellar ships that could travel from one end of the galaxy into the other end of the same galaxy within a week.

Create artificial intelligent androids that you can marry and impregnate to have your own family.

Display a one hundred percent realism in the virtual reality that can disturb your perception of reality due to how real the environment and sensations feel like.

Terraforming uninhabitable planets in a year and letting the prehistoric dinosaurs freely roam and live!

Or simply playing video games during classes without being noticed?

This is the Galactic Era. A point in history where every aspect of humans is advance. Be it science, technology, calligraphy, and even the unique culture. All the credit rightfully goes to the one that makes it possible, the Jirhen.

However, what if, in the vast recesses of the universe, something appeared that shouldn't exist in a Jirhen, in this reality?

Hi, readers! Author here. I am a new writer writing my first novel. I know myself I am not a great, needs improvement, and still lacks in many areas. So, any constructive criticism, good or bad, is welcomed in order for me to improve my writing skills.
Thanks for your time,