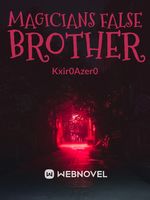 Nishigami is one of the strongest mages. There are magic ranks that are divided differently. D is the worst and S is the best. Nishigami is one of the S ranks.
But his brother is unfortunately only a D rank.
His brother is one of the weakest magicians, so he chose the alchemist path, he never wanted to be an alchemist, so he tried to make a pill that would hurl his magic up to the S rank. But that day my brother brought a pill for me to swallow, I didn't expect much from him, so I swallowed it.
Suddenly I was back in my 15th year of life. Exactly on the day when I tested my magic rank.