March of the Transcendent - Fantasy

/ Fantasy / March of the Transcendent 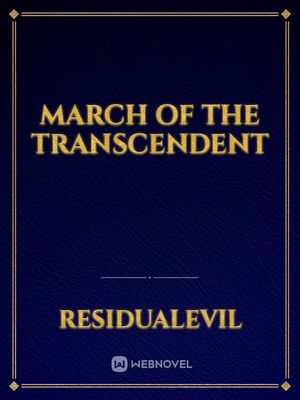 March of the Transcendent Death System

Having escaped his mysterious past, Atlas returned to society. Sadly, the reality glorified in stories told by the survivors and by books, was actually monotonous and underwhelming. That is why when his past returned to haunt him, it brought a smile to his face. When he finally died, he didn't feel any regrets. Actually he did. He would have preferred if he had been born in a different world. One that was more exciting, one that was less limiting, and one that could give a sense of amazement.

|Welcome to your next life, Host|

|An entity that can help you transcend reality|

Through the System, he became able to explore many worlds. Worlds of royalty and history, worlds filled with magic, and even worlds that could make one feel existential dread. He would fight against daunting opponents, gain incredible abilities, start his own nation, and ascend to godhood.
-------------------

I am unable to promise a stable release schedule as the story is highly based on my motivation, I do not plan to become a full-fledged writer, and college will consume the majority of my free time.