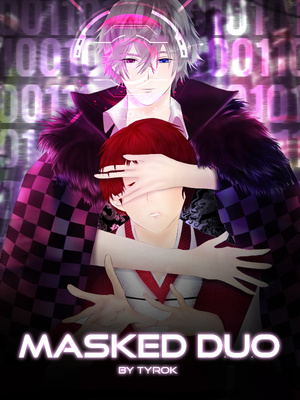 In an alternate universe where technology was unfounded, a heavenly gate emerged in exchange for the souls of the legendary individuals that leads to another world, creating a rift that connected two completely different worlds at different timelines.

“It’s time to leave, boy.” A man barged into an underground syndicate base and saved a little guy from being enslaved by the dark forces, from being a mindless genius that he is.

“Hey! Have you heard? There would be an actual VR Game!”
“Yeah! Even my deaf and impaired kids could play it... T-they could be normal...“
“Virtual… Crown? An escape to reality… A mystical world..."

“I want to play it...”, a boy with a porcelain face and piercing blue eyes observed the cheering crowd. Clenching his fists, he was woken up to reality - it was impossible.

As he went away, he recalled the vivid dreams he had that were too real to be considered as one. He was on a different plane at one time and it felt like he had been there in the past, and now something absurd has come true.

Looking at his dainty nimble pair of hands, he was still in shock to what was happening, he got an unbelievable and unexplainable power seething into his mind.

In another country, “How is he?” a man in a suit inquired. “He is safe, but there is quite a problem, it was about his vision…” Hearing the doctor, he barged in the operating room frantically. He could do so, and nobody could stop him.