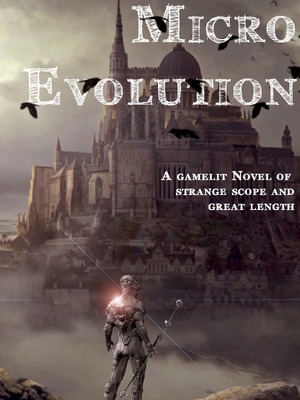 Warning This fiction contains:
Gore Profanity Sexual Content Traumatising content
I’ve been a street rat, a bruiser, a bouncer, a fixer, a nanny, and a cleaner. You do what you can to get by in Dockside. It ain’t always pretty, but if you keep your chin tucked down and your fists raised, more often than not you make it out the other side okay. You fight for what you want and to keep what little you got. Thats been my life for the past twenty-four years and I’m used to it.

I aint in Dockside no more. The mad scientist, same one that gave me my near indestructible body, shoved me through a portal to another world. I’m meant to right a wrong his father may have set in motion. I owe the guy my life so I won't complain. But the planet is alive and trying to ‘assimulate’ me into its system and wants my help. Something dark is festering just beneath its surface and corrupting anything it touches...including the locals and when the locals range from elves to spider people to freaking dragon woman that aren’t too happy with the human population, the last thing they need is a corrupting touch.

Well, you can take the boy out of Dockside but you can’t take the Dockside out of the boy. It’s time to tuck that chin and raise those hands. A fights brewing, and It’s been a while since I had a good one.


Author does not believe in fade to black situations or censorship. Read at your own risk (Author has always wanted to say that!)