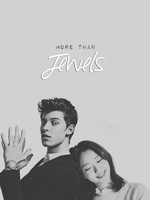 In which a millionaire, a celebrity, and a prince find themselves involved in the middle of stopping a deadly disaster that would happen in the near future. At the same time, they must keep this mission a secret, along with their special abilities, and continue on to attend high school as not to raise suspicions. Through it all, an unlikely friendship forms. Their bond with each other gets stronger, and slowly but surely, feelings develop, making the situation for them even more complicated.


• Excerpt from Chapter 4: In the elevator •

I gasped, for real. "Omg. Nathaniel Fumero, you remember!" I turned to him. He was wearing the same maroon polo shirt as just awhile ago when I first met him in this same elevator. "Something's weird," I told him. "I for sure know that I was already on my way up to my mom awhile ago, and that I've already met you. And that this whole thing already happened. But, it's happening again!" Even I was unable to believe what I was saying. It was all crazy!

"And so you concluded that you can dream of the future," Nathaniel Fumero said.

He gave a one shoulder shrug. "I'd think of the same thing."

"Okay. But, now that wouldn't work since you're also aware of what's happening. Wait, do you have future dreaming powers too?"

Nathaniel Fumero let out a small laugh. "No."