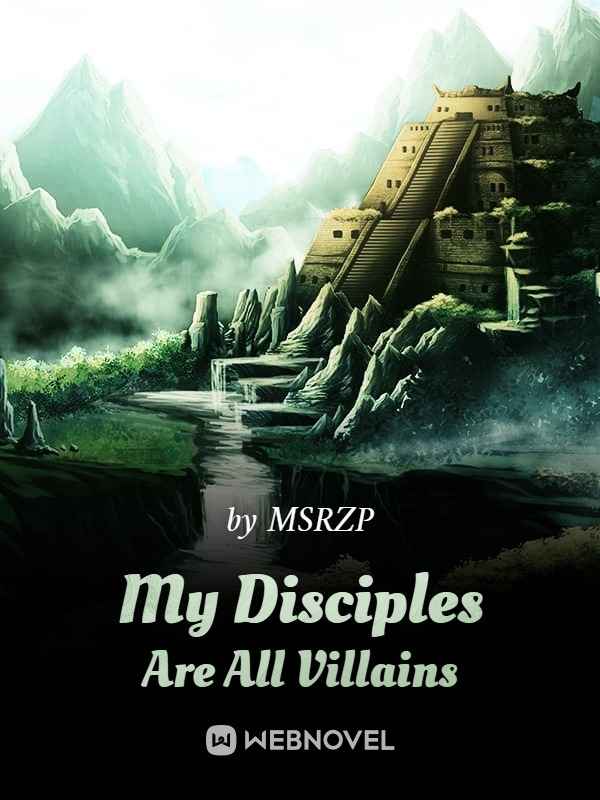 My Disciples Are All Villains

Chapter 1: The Patriarch of Villains

"Those so-called notable orthodox sects are too despicable! How could they take advantage of others' difficulties? Let me go out and slaughter them all!"

"Third Senior Brother, don't be reckless and fall for their tricks."

"Fifth Junior Sister is right. We must not panic right now. Even if Master cannot fight, they can't cause too much trouble with the four of us here."

"But, the top ten orthodox experts of the Nascent Divinity Tribulation realm are all here! Besides, Master's condition..."

"Be quiet, all of you! Can't you see Master is resting?"

Lu Zhou heard a fierce quarrel as he slowly opened his eyes. Confused memories stabbed into his mind like tens of millions of needles while fragmented images were being rapidly woven in his head.

'What happened to me?'

Fragments of memory washed him over!

'Wait...what? I've become Ji Tiandao, the evil Patriarch?' Lu Zhou looked at everything in front of him in surprise.

A gazebo, Golden Court Mountain, four villainous disciples, and tens of thousands of orthodox cultivators at the foot of the mountain…

Meanwhile, memories continued to come to him...

In his life, Ji Tiandao had taken in nine disciples, who were all great villains holding sway in different regions and known for creating trouble everywhere.

His eldest disciple, Yu Zhenghai, had founded a sect after betraying him, and was now the sect leader of the notorious Nether Sect, which was known as the number one evil sect of Great Yan.

His second disciple, Yu Shangrong, was good at the sword. Now, he had become the fearsome Sword Devil, and was challenging experts everywhere and killing anyone at the slightest disagreement.

His third, fourth, and fifth disciples went out to cause trouble from time to time, but they fortunately did not leave Golden Court Mountain.

His sixth disciple, Ye Tianxin, was the palace master of the Derived Moon Palace, the leader supported by many female cultivators and nicknamed Jadeface Shura.

His seventh disciple, Si Wuya, had an information network that covered the whole world, and was a thoughtful and scheming villain. He once started a war with the strategy of sowing dissension, causing numerous casualties and untold sufferings.

His eighth disciple, Zhu Honggong, earned the title of Evil King only a few years after leaving the mountain.

His ninth disciple, Ci Yuan'er, was the latest to join his sect, and also his favorite disciple, as well as the only disciple who still had some conscience. She stayed on the mountain all the time as well.

Unfortunately, Ji Tiandao had lived for nearly a thousand years, which was almost the limit of a cultivator's lifespan. As he grew older, his control over his nine disciples declined, and so did his deterrence over them. Eventually, five of them betrayed him, posing a serious challenge to his authority.

A month ago, the top ten orthodox experts set a trap and jointly attacked the evil Patriarch. Ji Tiandao fought against ten experts alone, and the battle ended in a draw.

Now, the experts of the orthodox sects were at the foot of the mountain, getting ready to launch an attack.

Lu Zhou did not know whether to laugh or cry. As he tried to get up, he sat back down and nearly fell to the ground. His body felt empty and weak.

"Master seems to be awake!"

The four disciples, who had been waiting for a long time outside the gazebo, filed in and bowed to Lu Zhou. The latter glanced at the four people in front of him and cleared his throat.

He did not speak.

The disciples in front of him were all evil villains, and the betrayal of the other five disciples was a wake-up call for him.

"How do you feel, Master?" His third disciple, Duanmu Sheng, asked with concern.

The faces of the four disciples lit up.

"Master... the experts of the orthodox sects are at the foot of the mountain now. I'm worried that it won't take them too long to break the defensive shield," said Mingshi Yin, his fourth disciple.

Lu Zhou forced himself to calm down. At this moment, he had no other choice but to accept Ji Tiandao's memory and body completely.

"Why don't I go out and ask Eldest Senior Brother to come back and help? Considering his relationship with Master, he should not sit by idly. He is now the sect leader of the Nether Sect, with thousands of minions under him."

"Shut up!" Lu Zhou interrupted them. 'Calm down, I can't panic. No matter what, I'm the Master of these villains. I can't expose the fact that my cultivation base is gone. Otherwise, I will become a piece of meat on a chopping board, and these four disciples will kill me first before those orthodox cultivators outside do.'

"Golden Court Mountain's shield is strong enough to hold on for some time. What are you panicking about?" Lu Zhou rebuked.

The four disciples blushed with shame as they bowed their heads and dared not speak another word.

"Old Third, what did you say just now?" Lu Zhou asked in the same tone as Ji Tiandao.

As an old freak who had lived for a thousand years, Ji Tiandao's mental state far exceeded that of others. But, Lu Zhou was a fast learner, and as their memories had merged, as long as he just imitated for a while and did not muck up, they would not find out anything unusual.

"Master, I'd like to ask Eldest Senior Brother to come back and help," said Duanmu Sheng. When he cupped his fist and bowed his head, he stole a glance at Lu Zhou.

Lu Zhou sighed as he shook his head and said, "I was jointly attacked by ten experts and barely ended the battle in a draw. Do you think no one is behind this?"

Duanmu Sheng's expression changed slightly. "Master, do you mean Eldest Senior Brother set you up behind your back?"

Ji Tiandao had run wild in the world for many years and had never had such an accident. As he grew older, his strength declined, and he became less of a deterrent. Even so, it was not easy to deal with him. Only someone who knew everything about him could set such a perfect trap.

The eldest disciple, Yu Zhenghai, knew his master best, and Si Wuya was good at calculation, so both of them were suspected.

The fourth disciple, Mingshi Yin, cursed, "These ungrateful bast*rds! They not only betrayed Golden Court Mountain, but also dared to set Master up!"

"If it weren't for the shield, I bet they would be besieging the mountain now as well!"

At the shout, everyone fell silent at once. Lu Zhou's voice sounded obviously displeased as he said, "Do you think I don't know what you are thinking? You want me to die, don't you?"

The four disciples dropped to their knees immediately and said in unison, "This disciple dares not!"

Lu Zhou glanced at them as he snorted and said, "You are all experts of the Divine Court realm, and perhaps you will step into the Nascent Divinity Tribulation realm in just a few years like your Eldest and Second Senior Brothers. By then, can I, as your Master, still be able to control you?"

"He who teaches me for a day is my father for life! We will never betray Master!" The four disciples bowed.

Lu Zhou took a deep breath. Although he was mentally prepared, he was still a little nervous when facing such a situation.

"Leave me. I have my own plan to drive back the enemies."

'Plan my ass, I just want to be quiet, that's all.' Lu Zhou finally felt relieved, and he found that at some point in time, his back had broken out in a cold sweat. 'I need to calm down. But, how can I calm down in the face of four ungrateful disciples, who may jump over and attack me at any time, and thousands of so-called orthodox cultivators out there?'

'Ji Tiandao, what sin have you committed that I have to clean up the mess for you?'

'As if committing sins yourself is not enough, why did you cultivate so many villainous disciples?'

'Damn you! You really deserve to die!'

'What should I do now to handle internal and external troubles, plus an old body that can hardly move?'

'Is there any dimension traveler who is unluckier than me?'

"The merit system is officially activated."

Unfortunately, the hard work of his whole life was only to pave the way for others. It was a thousand years of hard work!

The system brought up the menu, and a pale blue interface appeared in front of Lu Zhou's eyes.

Cultivation Base: The ninth-tier of Body Tempering

'-100,000!' Lu Zhou widened his eyes and thought, 'Seriously? Negative one hundred thousand merit points? I can put up with the fact that you sent me into the body of an old man, but what is this? And what is going on with the remaining 3 days of life?'

"Ding! A prerequisite task of the primary mission is triggered: Drive back the enemies."

"Complete the prerequisite task and correct yourself, then the merit points will be zeroed."

"Detected that the host is too weak. A novice gift pack is awarded. Do you want to open it?"

The series of prompts made Lu Zhou nod in satisfaction.

He could also understand the prerequisite task given by the system. After all, what Ji Tiandao did all his life were notorious deeds.

But, the system was fairly reasonable. It knew this old body was too weak, so it gave him a novice gift pack.

"Ding! You've received 1 x Reversal Card, which can give you some life force."

"You've received 3 x Peak Form Cards. Which will give you 30 minutes of Ji Tiandao's peak form."

'These things are not bad.' Lu Zhou looked at his personal menu again.

Cultivation Base: The ninth-tier of Body Tempering

Merit Points: -100,000 (Will be zeroed if the prerequisite task is completed.)