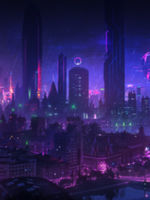 In the dim light, Tang Yu slowly opened his eyes, and a twinge of soreness and ache came from his body.

He reluctantly propped himself up as dust mixed with some finely crushed stones rustled from his body.

In his memory, a wave of demonized beasts breached the shelter's last line of defence. Countless survivors died in a sea of screams, dyeing heaven and earth red with blood.

This is doomsday! It arrived in the world a month ago.

At that time, he was nearing his college graduation and already found a good job. He was only waiting for the formal appointment of his position. But unexpectedly, a disaster suddenly struck.

Red fog filled the sky, huge rifts appeared above the earth as demonized beasts and monsters climbed out from these abyss rifts. They launched a declaration filled with massacre and slaughter against human beings.

These abyss rifts marked the coming of doomsday!

Tang Yu happened to be in school on that day and saw the earth split open to devour the whole campus buildings. The surrounding teachers and students were completely scared silly. One by one, they were torn to shreds by the demonized beasts in a sea of roars. At that time, he was still far away from the abyss rift and had evaded the first wave of slaughter by the demonized beasts. In another stroke of good fortune, he met a large group of survivors who were also fleeing the area. After several twists and turns, he finally arrived here, a small shelter.

The number of the demonized beasts is endless, and the strength of the army is no match for them. Mankind kept continuously losing ground and ended up reluctantly focusing on more important areas.

The shelters are the last line of defence for mankind.

This small shelter is built on the foundation of a resort and houses thousands of survivors. This is the safest haven within a dozen to twenty miles. Although not as safe as a large-scale shelter guarded by the military. Such a shelter has guns and ammunition, strong human beings and is also built in an area far away from the abyss rifts. Occasionally, the demonized beasts attack the shelter, but they're quickly eliminated.

He originally believed it was safe. Even while knowing the demon wave was surging at the front. But in the end, the shelter was flooded by the wave of demon beasts. Then he suddenly realized. Even such a shelter, under these waves of attacks, was also so… Fragile.

On both sides, the collapsed houses formed a chamfer. Instead of being buried, he dodged a bullet. When he stretched out to grab something with his hand, he noticed his palm was red. It wasn't his own blood. But on another side, an unlucky man had his lung pierced by an iron pipe, with blood flowing and dyeing the ground red.

He wasn't the only one.

Through the cracks, Tang Yu can see many human remains scattered all over the ground. The deaths of these people outside looked even more gruesome than this unlucky fellow who was pierced by an iron pipe.

Tang Yu was deeply saddened at the scene.

He survived by luck, but he was of no use. As an ordinary person, neither armed nor awakened, meeting even the weakest of demonized beast is enough to kill him.

"If only I was an awakened one…"

A person with good qualifications will naturally awaken at the beginning of the doomsday. Those who have slightly lesser qualifications may awaken under the pressure of adversity and become an awakened one with the ability to protect themselves during the doomsday.

There are also some people with ordinary qualifications who cannot awaken on their own, which is fine. The shelter has a special auxiliary awakening device that can help survivors awaken. However, Tang Yu was very embarrassed when he was tested. His qualification was the worst and he wasn't even qualified to awaken at all.

There aren't few people who are like him. Once they encounter danger, this is almost tantamount to being sentenced to death.

"So, I can only wait for my slow and painful death?" Tang Yu muttered to himself, feeling unwilling in his heart, but seemingly resigned to his fate.

All of a sudden, he heard a ring.

"Ttiring! The Lord of the End System has been activated. Requesting the Lord to please construct a Lord's Castle and establish a territory as soon as possible."

What was that sound?!

What did I hear just now? Could I have been discovered by the demonized beasts, or did I have an auditory hallucination?

"Ttiring! Requesting the Lord to construct a Lord's Castle… As soon as possible."

The voice came from his mind. This time, Tang Yu was convinced that this mysterious voice actually existed.

The voice sounded very mechanical, but it just repeated the same request over and over again in his mind. He soon found he couldn't only block the sound of the voice, but can also ask this voice questions in his mind. Although the information he received was limited, at least he found out what it was.

Tang Yu remembered the name of it, Lord of the End, a game he used to play before the doomsday. He was excited. He was no stranger to this system, or even very familiar with it. He could casually pull out hundreds of books with the system in his mind.

The Lord of the End is originally a third-rate strategy game with a Western Fantasy Doomsday background. The story follows the end of the world, the imminent demise of mankind, and the castles built by players which preserve the final fire of civilization for mankind. These players need to…

Tang Yu suddenly shook his head. In the moment of life and death, he still had a mind to contemplate the background of this game!

"System, since you are my system, can you somehow awaken me?"

"Can you give me some bodyguards, or summon a group of subordinates?"

Then at least give me a solution to the crisis before me!

"Ting… Ttiring, build the Lord's Castle. It will solve the current crisis faced by the Lord. Two ancient puppet guards will be sent when completed."

"That will do, I'll start immediately and build one right away!"

He didn't know how to respond, how would he know any of this?!

Other people's system usually sends a novice pack first. This broken system is better, it sends nothing. Even the main base has to be built by himself. But how can he establish a base without resources? After playing many strategy games for so many years, he's never seen such a thing!

Now, where is he going to find a 100-units of source crystal?

Source crystal is a very precious strategic resource. Demonized beasts have a small probability of condensing one in their body. It is said that there are also a natural-born source crystal ore veins in the wild. But this isn't easy to locate. Only elite fighters and even awakened ones can only find it. Tang Yu is only a survivor at the very bottom level. Not mentioning source crystals, even if he sees one, he won't even recognize it. He's never seen one before.

Under normal circumstances, he would never be able to get one.

When Tang Yu thought about it, he found there was a glimmer of hope… The shelter has been breached, and there must be source crystals left behind from the place where the awakened one had lived.

He doesn't know whether his guess is correct, nor does he know whether the source crystal left behind reaches a hundred units. But in order to grab onto this glimmer of hope, he must fight!

Tang Yu gave a wry smile. His body was already very weak, and he had no weapons on him. This was a terrible start. The only thing he could rely on was his system, which was now unable to play a role.

He then patted his cheeks, and his eyes soon became firm.

Fortunately, the debris of the collapsed area weren't tightly pressed. As Tang Yu looked around, he then began observing the outside environment. Finally, he found a large gap and climbed out from inside the ruins.

In front is a vacant lot, originally there was a large number of makeshift shanties and tents built. Of course, it's now a mess with many incomplete bodies scattered around. Only a small part of these bodies are lightly mutilated with a strong scent of blood pervading to the tip of his nose.

The demonized beast corpses are rarely seen. Tang Yu knows when the whole shelter was breached, in the face of this wave of demon beasts, there was little resistance.

Holding his breath, he groped his way forward. He would probe several times and look around at almost every section of his path.

The hot sun hung high as the sweat dripped from the tip of the nose and fell on the ground. While it quickly evaporated, Tang Yu silently gasped. Fortunately, the number of demonized beasts was less than expected. Along the way, he only saw one or two demonized beasts from a distance. He bowed his head, not wanting to know what they were eating.

Bypassing the ruins and hiding in the grass, Tang Yu did everything he could to avoid the demonized beast. Fortunately, the whole shelter ruins had just been through a slaughter. The blood scattered all over the ground masked his scent well, causing the demonized beast to lose their greatest tracking tool.

He gradually moves step by step and sees the villa area close at hand.

When he moves closer to the villa area, he noticed the surrounding environment becoming messier with destroyed houses and debris everywhere.

The dark craters left after explosions, the marks left behind by bullets on these ruins all show that this place has been through fierce battles.

Tang Yu saw many corpses, some of which were awakened human beings and others of demonized beasts. They were mixed together like a field of death.

He stepped forward carefully, crouching in front of the bodies and searching through their clothes.

The pungent smell fills the air at the tip of his nose while both of his hands are covered in blood. But Tang Yu didn't care. He searches the body half frantically and half calmly.

There are also two clips.

With the addition of a dagger, he found on the way before. These were the only relatively intact weapons he could find. He knew these weapons wouldn't play much of a role in the face of demonized beasts. But the cold touch of a handgun still increased Tang Yu's sense of security.

He also saw some guns and weapons in the distance. They looked intact, but they were all found in relatively open places. It was too dangerous to go and get them. He was cautious and focused on the source crystal as his first target. Tang Yu didn't want to take more unnecessary risks.