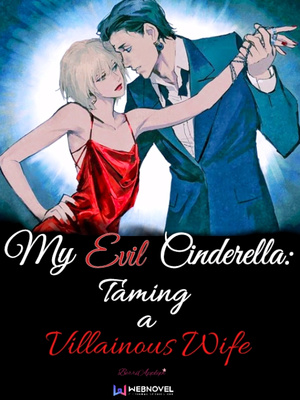 Ever wondered how things would turn out if the story was focused on a villain instead of the protagonist of the story?

All villains are doomed to a bleak ending no matter what kind of story it is.
This is the story of a REAL villain who already has a BAD ENDING prepared for her until someone decided to stray her away from the wrong path...
This is a story about someone evil... Not someone who ended up being misunderstood by others. Nope, not this one. The villain I am about to introduce to you all is a scheming, gold-digging demoness.

Shi Enxi had it rough. At a young age, she experienced things that a child didn't deserve. She lost her parents and her relatives took advantage of it.

Her life changed after she was adopted by her half-sister. From then on, she decided that she was not going to allow others to bully her ever again.

She never had a good life so why should she allow others to have one?
Yes, that's the hideous thought that made her the villain in someone's story.

She grew up to be cunning, ruthless and merciless. She destroyed so many lives, including the life of the person she loved the most.

Lu Mello saw how Shi Enxi's life unfolded with his own eyes. But who would've thought that him, a spectator from the sidelines would play a major role in changing our villainess?

Unlike Shi Enxi, he grew up from a loving family. Although, he never wanted to take over the family business, after all, he always wanted to be a detective.

How would these two play destiny's game? Rivalry? Infatuation? What should be the outcome of the game? Them as enemies, or as lovers?

"Darling, when will you die? If you die then all of these riches will be mine!"

Lu Mello looked at her, a bit startled with what she suddenly said.

When will his wife stop having such impure thoughts and for once just behave? "I don't have to die just for you to have everything of mine. You are my wife, all of these belongs to you."

Shi Enxi was pleased with what he said. She turned to him and leaned, giving him a soft kiss on his lips. "I will trust those words, okay?"

He chuckled, amused. "I didn't know that my wife is actually a little gold digger."

"Who wouldn't love gold?" She refuted back. "I'm even willing to marry an old man if he's this rich! But luckily, you're the one I married. My husband is handsome and rich!"

He pouted, "I suddenly feel hurt. You're only after the riches I have, not the love I have for you."

Shi Enxi closed her eyes and let out a soft yawn. "I am free tomorrow..." She whispered sleepily. "Darling... There's this limited edition bag... that will be coming out tomorrow." Another yawn was heard from her. "... I really want to have one."

Soon after, her breathing became even.

Lu Mello couldn't believe that she even dared to ask for something before going to sleep! She didn't even say goodnight to him! What kind of wife was she?!

You can support me by donating in PayPal:
paypal.me/berriapplepi

Here are my other works!

That Woman is a Wicked Vixen
Choosing the Perfect Husband