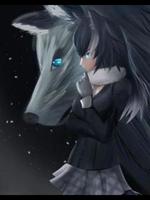 Cole is the alpha of the strongest and most fears pack the red moon pack. He has everything he wanted in his life; good looks, fame, wealth, and strength. But the one thing that he wanted most was not there with him and that is his mate. He has been finding his mate for 10 years when he becomes 16 years old and has his first shift but still failed to find her. And that thing makes a grumpier and easily annoyed person. He almost lost every hope to find her and give up on her and he take that frustration out on Everyone he gets his hands on. Everyone in his pack was scared of him even his own family is scared of him because of his hot temper and easily; getting angry issues. One day he goes for a run and on the way while returning from the run he smells the most intoxicating smell in the world. Mate, Mate, " the beast ide he said when his eyes meet with the baby's eyes and his whole world come to stop and his whole world comes up's and down. What happens when an2 months old baby is the mate of alpha of the strongest pack. Follow them on their journey to know what happens after that. Read the book to know the after story.