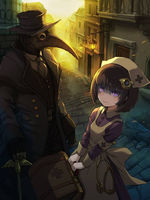 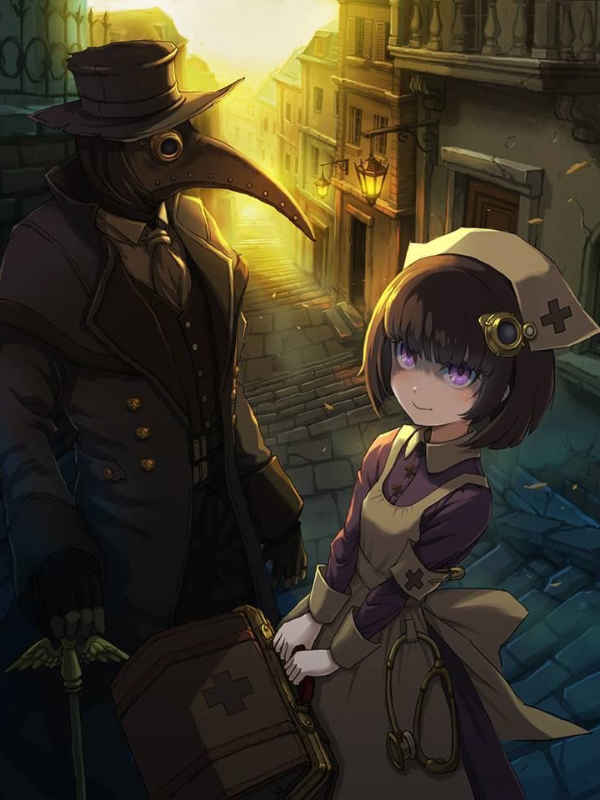 Zander Solo was like any other red blooded American man that loved playing his RPGs in his off time from having to be an adult. Granted he only stood at 5'8" and had red hair with blue eyes and his skin was so white that he always joked about being a ghost on those stupid ghost hunter television shows. He was currently at his desk grinding away on D3.

Hitting the pause button he grabs the keys to his car, a Subaru Impreza RX, and speeds off to work.

Sitting in the passenger seat at their mobile office Zander is lost in thought.

His teammate is a female with longer black hair that's dyed blue and purple, green eyes, and stands around 5'6". Her name is Kris. She's yelling for his attention. "ZANDER"

Jumping. "What the fuck. You want me to be the next transport". Caliming down. "You know you can't do that to me". He dead legs her.

She puts her knuckle out a bit and slugs the shit out of his leg returning the favor.

They both LAUGHING so hard.

Kris speaks up " what are you thinking about that you can't even hear me until I yelled"?

Before Zander gets a chance to speak.

"Medic 13. You have a high priority transport. Get to the airport and make sure the crew and patient make it with the least amount of shaking as possible. Also this isn't a rally Medic 13 so obey the laws".

Zander replys as Kris has already started to drive. "Medic 13 copies. Mark us in route please".

Kris is Laughing. "Hahahahaha. I guess they won't let you live that down. Why did you call out just to go to a rally"?

Big smile on his face. Zander recalls it all.

Two months prior. Zander just got done with a rally marshal briefing and was following the stage captain to his control point. He never grows tired of the feeling that he gets driving reverse course before every competitive team. There's just something about driving a car on a closed track in the woods. Looking at the stage captains car pull over he follows suite. The stage captain drives off and leaves him there to setup.

Getting out of the car he sets up the yellow caution tape. He then proceeded to place a ham radio station sign and then pulls a lawn chair out of the trunk and sets it up. He gets his vest on and his ham radio out and turns to stage frequency and does all the preliminary stuff.

Two hours later he hears over the ham that car number 199 is on track. His heart races as he knows that in minutes he gets to see his childhood hero fly past him. Next number to leave was car 53. He writes it down in his log. A minute later he hears car 395 leaves. As he looks up, he pulls out his phone and gets ready to film the car flying by.

Off in the distance he hears the sound of the Subaru engine whining and a helicopter following close at mere feet from the ground. He's been waiting for this moment. He captures the moment on his phone.

Zander to Kris. "That's why it's not just a rally. Do you know how fast those guys are driving on the roads in the mountains and forests? Upwards of 80mph or more! The best I could do was 60mph and I had no stage notes. Just think what I could do if I had notes about each and every turn and bump and jump." He trails off lost in thoughts and memory as he looks at the slow-mo video of car 199. He shows Kris the movie he took.

Kris interrupts his thoughts. "So what you're saying is that you would rather do that," pointing at the movie then points to the back as she speaks, "then save lives every day"?

"Given the chance yes. All we do is pick people up, move their lazy, dumb, or dying asses to the hospital and then go back and wait for the next idiot. At least with rallying you never know where you will place until the end of the stage. You are only as good as your team and car".

"Dude you are getting burnt out. As your partner you need to take your time off and not sell it back to the company. Your health is at stake".

"That's why I have my RPGs and rallying. I unwind that way. You know why I go to the mountains and practice? To get faster and better".

Kris shakes her head sadly at him. "Then go get laid you fucken nerd".

"You offering yourself to me cause you're not my type. I like my women to submit to me and call me master." He LAUGHS.

Kris dead legs him so hard he bends over grabbing his leg. "You couldn't pay me enough money to sleep with you." She smile's evilly at him.

"Medic 13. You have a car collision with a motorcycle. Possible DOA. Only information is that the motorcyclist is a female and the driver of the car is a teenager male, white, and possibly drunk. Proceed with caution. Fire is in route with you".

Zander speaks. "10-4. Mark us in route please". Puts mic back. "Well it could be worse. She could be plastered all over the concrete. Oh better yet, what if she's been thrown into a telephone line. Then that way we could just go on our way and wait for the next call".

"You know you just jinxed us you asshat. Lol".

"Good. Payment for the dead leg." He rubs it again trying to get the blood flowing.

Lights flashing and SIRENS BLARING. Cars are not moving over.

Zander starts mumbling and banging the dashboard. "WHY! THE FUCK! DON'T PEOPLE! MOVE OVER ANYMORE!? Can't they see and hear? Hey Kris watch this". Picks up the mic. "Medic 13 to dispatch.

"Let the police know that no matter what we do this white Honda SI license plates Bravo India Tango Echo Mike Echo won't move over. He's talking on his cellphone and flipping us off. His plates are expired by a year".

"Dispatch copies and police are in route. Over and out".

Kris can't control her LAUGHING. "I'm surprised by you. I'd have thought you would've told them he was flashing gang signs and a gun".

"Na, too simple and hard to prove at the same time".

A cop car pulls along side and forces the white Honda off to the side. They both wave as they speed off.