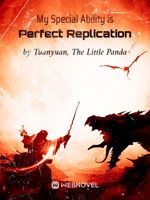 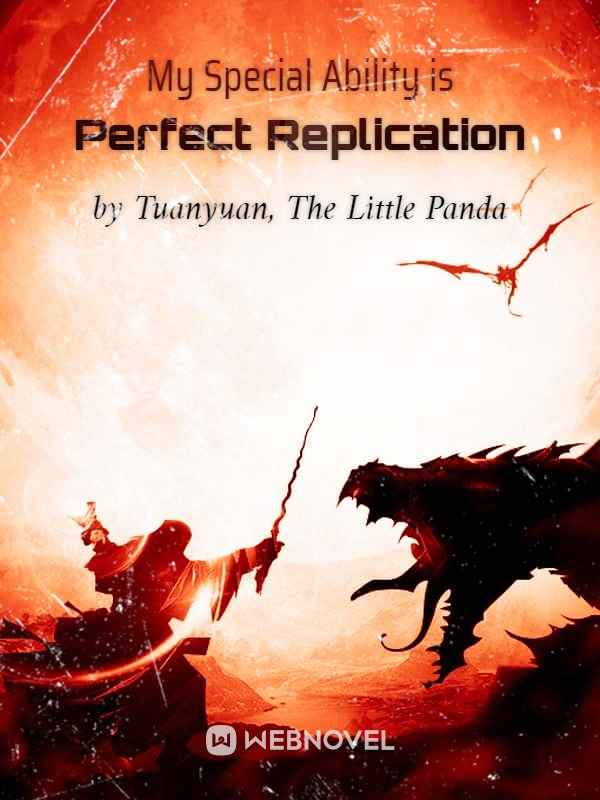 My Special Ability is Perfect Replication

There was a slightly excited expression on Ling Jiu's face. He had originally been an ordinary office worker back on Earth and had been slogging hard for three meals a day.

However, as soon as he woke up, he realized that he had crossed over into this world and had been reborn as a teenager with the same name.

Well, so be it then since he had no attachments back on Earth. It was the beginning of a brand new life. The problem was...

This world was extremely dangerous!

The memory of his past life had told him that this was a parallel world, and it was also called Earth.

It was not until a catastrophe known as Woe of the Direbeasts, which swept the globe, that the planet was set on a path of no return.

A large number of dimensional rifts had appeared on Earth.

Arcane energy called the Gene Arcana had gushed out of the rifts and spread across the world, eventually leading to the evolution of the animals, as well as plant life, on Earth.

Meek kitties had become ferocious beasts with huge fangs and claws, while loyal doggos had become bloodthirsty demons. Even the bonsai plants in peoples' homes evolved into ravenous man-eating trees.

As for the birds and beasts in the wild that strictly followed the laws of the jungle, all of them had evolved into apocalyptic Direbeasts.

Countless Direbeasts had begun to assail human habitats, and humans rose up in resistance, only to find that their proud firearms could kill some low-level Direbeasts.

Even nuclear weapons, which had served as a strategic deterrent before, were unable to have the desired effect. The consequences were devastating, with humans falling from the top of the food chain straight to the bottom!

In just a few years, the world's human population had plummeted from six billion to three billion, and half of the world's people had died by the claws of the Direbeasts.

"Why did I end up in such a dangerous world?" Ling Jiu felt suffocated.

It was an absolutely perilous world, and even though he was living in a base city, it was still dangerous.

One needed to know that the Lantian base city he lived in was just a medium-sized base city with a population of five million. If they ran into a slightly stronger Direbeast, the city's defenses would be at risk of being broken.

The teenager, whom Ling Jiu possessed, had been hospitalized due to serious injuries caused by a Direbeast that had broken into the base city.

"It looks like this young man with the same name as me, Ling Jiu was born into a broke-a** family, and his cheap father just declared bankruptcy last month. He is hundreds of millions in debt..."

Ling Jiu was in despair. It had not been easy for him to ride the wave to cross over. For him to end up in such a dangerous place on top of being broke, Ling Jiu had no idea if it was appropriate or not to verbalize the words in his heart!

"Forget it, let's just deal with it now that I'm here!"

Ling Jiu soon focused his attention on another thing: the Arcanites!

The animals and plants had evolved under the stimulation of the Gene Arcana, and humans, as part of Earth, were no exception.

A very few lucky ones had also evolved with the nourishment of the Gene Arcana and attained all kinds of incredible abilities!

People called these abilities... Arcana and those who had Arcanas... Arcanists!

The appearance of the Arcanites allowed mankind the ability to fight the Direbeasts. With the Arcanists' help, humans quickly established survival bases, and thus, managed to survive.

In this world of rampaging Direbeasts and all-around danger, the Arcanites pretty much defended humanity while they fought the Direbeasts. They also had a variety of privileges at the same time, and every Arcanist was of the upper class!

"Arcanists, eh? Forget the identity and status of one, having an Arcana itself is tempting enough!" Green light appeared in Ling Jiu's eyes.

Some could control fire and lightning, some could transform into giants, some could instantly teleport, while some could move at the speed of light...

"It's just so tempting! If I had an Arcana, it would be just so awesome..."

The more Ling Jiu thought about it, the more excited he got.

"There are generally two ways to become an Arcanists; one is having the talent for Arcana!

"The vast majority of Arcanites were born with natural talent, and as long as they reach the right age, they can participate in the Arcana Trials and awaken their Arcana!

"The problem is, there are very few people with innate Arcana talents, and there may not be one even in a group of a thousand. So, the number of Arcanists is very low, and of Lantian's five-million strong population, the number of Arcanites only comes to a few thousand!

"The Gene Arcana appeared thirty years ago, and after such a long period of research, scientists have successfully developed an Arcana Agent!

"I've heard that a single vial of Arcana Agent would allow an ordinary person without any Arcana talents to awaken their Arcana abilities. Unfortunately, that thing is just too expensive!"

Ling Jiu sighed. A vial of Arcana Agent was worth hundreds of millions, and the moment it appeared, all parties would snatch it up. Even if his dad were not bankrupt, he would not be able to afford it.

"It looks like I can only place my hope on the Arcana Trials in half a month's time!"

It is worth mentioning that while there were Arcanites in this world, the vast majority of people were still ordinary folk.

If he was found to have Arcana talents during the trials, his life trajectory would change dramatically.

Just as Ling Jiu fell into deep thought, someone suddenly pushed the ward door open. Wearing a school uniform, a girl with unconcealable beauty came in with a bag of fruits.

She was a literal goddess!

"Brother, what's the matter with you? Are you unwell?" The pretty girl looked puzzled.

Ling Jiu quickly shook his head, and his feelings were rather complicated. The beautiful girl was none other than his cheap sister... Ling Xiaotong.