My Vulnerary Husband- our journey towards love - Contemporary Romance

/ Contemporary Romance / My Vulnerary Husband- our journey towards love 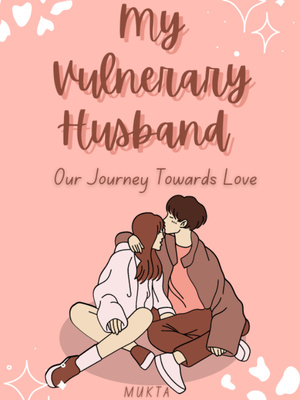 My Vulnerary Husband- our journey towards love MVH-OJTL

Innaya Kapoor, granddaughter of late Mr. Viraj Kapoor agrees to disagree with the concept of love. So obviously, marriage is off limit, driven by her own experiences of relationships.

Worried for his granddaughter, Mr. Kapoor before passing away, chooses an alliance for her, she is unaware of. Six months past his demise, the chosen groom's arrival comes as a shock to clueless Innaya.

Torn between her Grandpa's last wish and her own fears, Innaya decides to take a leap of faith after meeting her chosen husband.

Innaya knows the scars of past she carries are enough to destroy her present if she gave in.

She enters into her marital life, not prepared for having her husband to become her own vulnerary, ready with an armor of love for breaking down the walls of her past. The only thing she did not realize that everyone has their secrets and he had his own too.


This story revolves around the mental health issue PTSD.

It won't disappoint you :)

Cover Image belongs to its respected owner. It's not mine.