My Way To You - Fantasy Romance

/ Fantasy Romance / My Way To You 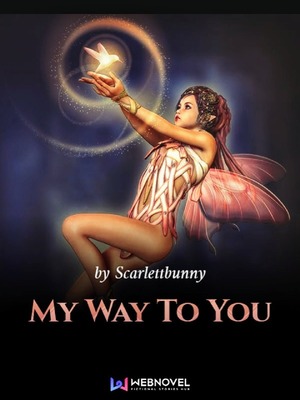 My Way To You MWTY

"Don't leave me! Just look at me and stay awake!" Words that haunted Ariana's dreams for as long as she remembered. Dying in the arms of her lover as they both are surrounded and engulfed in flames.

However Ariana's quirks never stopped her from living her life. Her journey starts from when her adoptive mother sells her at the tender age of 12, afraid that she was stealing her adoptive father's love. A blow to her head unlocks her past life's memories and life skills.

Any object she touches relating to her past life unlocks her past skills and education. Using her memories she changes the brothel she's sold to into a maid cafe, and slowly changes her community.

While creatures called Lumas are born from her powers to protect Ariana but who are the Lumas really protecting? Especially when she gets her period on her 13th birthday and it morphs her into a humanoid garnet dragon.

In a world full of magic, beast men, warriors, adventurers and elementals could there really be something more frightening then a girl with mixed blood? Garnet dragon, child of the jewel eyed priestess and the soul of someone who was summoned from Earth.

Ariana is fully awoken to who she is and has started her life in St. Verusha Academy as their perfect score student. She will have to grow into the young lady she wants to be while trying to unravel the mysteries of her life.

With the help of Cayden, her childhood friend and the the Lumas, Ariana will discover the roads she can walk down. The only problem is will she choose destruction or human evolution? Love or world dominance? Revenge or forgiveness? Or will she allow her human mind and heart to be devoured by the darkness inside of her because of a massive betrayal from the one person she thought meant the most to her?

The bells of war have been wrung and Ariana has now chosen to save all of humanity. Though she has come to know many truths she still trusts in the relationships she's made and is willing to put everything on the line to become stronger. Her Lumas are evolving, Cayden is her true love that she will never let go, the Goddess of Creation needs her to complete the mission given to her and above all else Ariana is determined to survive.

Now with her new knowledge she abandons everyone from their own safety and travels to the Animus, the beast Kingdom to learn how to control her garnet dragon powers from her blood family and hoping that they wil aid her in the fight against Lord Romanoff, the robed army and the twisted church.