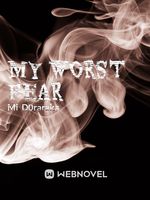 Today was the 6 month anniversary of me finally building up the courage to break up with my ex. Not only was he verbally abusive , he was also narcissistic and pessimistic. Pessimism- tending to see the worst aspect of things or believe the worst will happen. Narcissism- a disorder in which a person has an inflated sense of self-importance.

To this day he still calls me, tells me it was my fault and that I'll never find another man like him, how i'll end up dead cause i left him and trusted the "wrong people". I changed my number multiple times but he always manages to find it somehow! If I earned 1,000 dollars for each time I changed my entire iCloud all together I would be a millionaire, and it hasn't even been a year let alone 7 months.

I'm currently laying across my bed, watching anime, in sweat pants and the first shirt I saw in my closet. I've been a bit lazy lately so I'm trying to finish deathnote but also BNHA and assassination classroom. With the tv blasting introductions, you could hear the faint sound of water splatting on the ground in the bathroom. Sirus pauses the 17th episode, forces himself off his bed and into his bathroom being welcomed by the steam from the blazing hot water.

Said boy slipped his loose sweats off first, legs feeling like thousand pound weights as he steps out of his bottoms. Next his shirt with Toga's face plastered on the front, and lastly his underwear that most definitely does not have teddy bears on them. Steaming hot water running races on Sirus's body as he slips past his transparent curtain and into the shower fully. Water trails down his body making train like tracks with soap soon following after like cars passing over train tracks just before it rolls through.

The towel following behind not too long after acting as a train running right over the few cars that didn't make it cross the tracks. Running the soapy water over his arms and legs, torso and all reminds me of the smeared blood when that cheating husband got his dick chopped off. The warm water running over Sirus's face gave him flashbacks of his most recent run in with his ex in Colorado.

Sirus had finally become comfortable with going out, mingling, making more friends..that's how he met Jillian and Cole. They would go out every so often for drinks and occasionally hook up with cute guys they saw at parties this particular day was a wild night, I'm talking ass throwing, dick grabbing, every drink you can think of- margarita, Hennessy, vodka, whiskey, liquor, beer, cocktails, wine, rum, you name it! It started when it was time to get home.

This night Sirus was the designated driver meaning it was his turn to stay sober all night so he could drive them home when everything was over and done with. All night Sirus was sure he was seeing Jason, his ex, lurk around the party, yeah he had just a few drinks not enough to make him feel anything so he was POSITIVE. Sirus stayed on top of his guard all night, making sure to see but not be seen. It seemed like he got closer and closer with each breath Sirus took.

As Jason eventually got too close for his liking, Sirus grabbed his friends and rushed out the building without a word completely unaware that his ex was right behind him. Sirus rushed around the street looking for his car while clicking the car key as he completely forgot where he parked.

A feeling of panic ran over him like a 18 wheeler would a moped in the middle of the highway on a day of low traffic. A wave of relief ran through his body like a cold beverage on a hot summer day once he finally found his car. In one hand, Sirus was holding both friends by the collars of their shirt and in the other, he was fumbling with his car key.

After what felt like ages racing to his car, Sirus shoved Jillian and Cole into the back seat and slung the door open but he was too slow. All it took was one of Jason's fingers to be laid on Sirus until he went absolutely insane. Screaming, punching, kicking, anything he could do to get Jason to leave him the fuck alone!

Nothing worked though..Jason was desperate. He wanted his only sense of power to come back..to make him feel like a king again. He wanted someone he felt was lower in power, someone he felt was weaker, someone who he thought would never..ever have the brains to try to protest! All so he could feel like the hierarchy..how selfish! "GET OFF ME" Sirus screamed to the top of his lungs, struggling against Jason's grip that was slowly becoming tighter.

Jillian and Cole were in the backseat knocked out cold, completely oblivious to what's going on outside. "Finally...after 5 months! 5..long months!Come back darling, come back to me. Let me introduce you to my family!" Jason pleaded with no emotion whatsoever in his eyes, he might have been a bit more believable of maybe he had have put more emotion into what he was saying. "GET OFF ME! I WONT SAY IT A THIRD TIME!"

Jason felt as if he had just been stung in his ego by a wasp and he didn't like it one bit. "I WILL HAVE YOU FOR MY OWN!" Jason grabbed Sirus by his shoulders and shook the living heaven and hell out of him! Sirus gave Jason a sharp uppercut, wrapped his hands around his head then slammed Jason's face into his knee throwing him back into the middle of the road immediately after, hopping into his car and driving away.

Ever since that night Sirus carried all sorts of safety keychains, not only does it keep him safe but it looks cute too! Sirus slipping in the shower is what caused him to snap out of his mini nightmare. Sirus cut the water off, wrapped a towel around his waist and stood in front of the bathroom sink. While reaching for his tooth brush, still half naked, Sirus froze.. he heard shuffling come from outside his bedroom.

Scared half to death, Sirus snuck back into his room and grabbed the bat he keeps next to his bed. Sirus crept around his house still in his towel in search of the rummaging he heard not too long ago. Terrified his ex had found him yet again, but brave enough to venture out half naked. He found the culprit, standing in the dark. Sirus slowly rose his bat above his head... THEN SWUNG!!

This might be a little irrelevant but I don’t condone writing anything you can’t imagine. Don’t force yourself to come up with ideas, that causes writer’s block. I’ll have a run down version of this on Wattpad! @Mid_0raraka! Also! If you’re ever in a toxic relationship please don’t hesitate to leave it! Leave as soon and safe as possible! I would also appreciate it if you would vote for me :) thank you