My Youth Began With Him - Contemporary Romance

/ Contemporary Romance / My Youth Began With Him 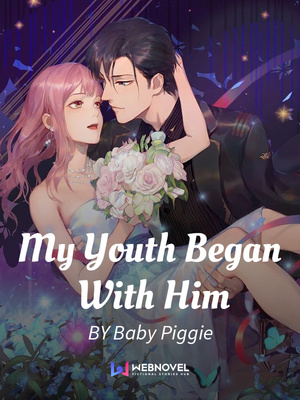 Contemporary Romance 20 chs / week This is the average realized release rate over the past 30 days. The translator’s schedule is 21 chs / week. 4,235 Chapters 94M Views

Original Synopsis:
Seven years ago, after their breakup, he disappeared without a trace.
Now, he reappeared on the eve of her wedding, sparing no means in forcing her to marry him…
With a certificate of marriage, he bound her mercilessly to his side.
From there, this “Cinderella” began her journey as a wife of the business empire’s heir...
Mrs Huo - composed, sharp-tongued, and freakishly smart.
Mr Qin - wife-spoiler to no end and a complete “slave” to their daughter.
Quality love story, one on one. You are welcome to get hooked on this story with us.
Stats on QQ Reader: 102 million favorites, and was voted 8.4/10 by 41 thousand readers.
TL's Note: Probably one of the best stories I've read, and I was very tempted to translate the title to Big D Brings Spring. Girls, I hope you enjoyed it as much as my girlfriend and my female translators who binge read 4000 chapters in about a month.
For all the guys hesitating to give it a try, you won't regret it. It's a manly book, I swear.