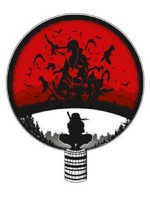 In a world where ninjas existed and wars are fought for supremacy where would Haru Uchiha be place in all this chaos.

Join Haru Uchiha as he experience through hardships, betrayal, love, hate and friendship.

Join him as he embarked on his journey towards his goal with the Will of Fire in his heart and the company of his love ones.

☆English is not my native language, and you would always find errors in every 3 chapters so notify me when you find some I will fix it.

☆The MC maybe innocent and kind at the early chapters but it would change as the Chapter progresses. Also it's not like there are no Uchihas that are kind and polite, the prime example of that are Shisui and Itachi and you could consider Obito.
☆This is not YAOI!
~~~~~~~~~~~~~~~~~~~~~~~~~~~~~~~

The cover photo is not mine, okay?

I don't own naruto except for the characters that I've created and added in this fan-fiction.

This Fan-Fiction will be very long like maybe at the end this novel will end in my estimation of 500+ chapters.

Also this is my first story that I've made so please go easy on me.

Sex Scenes will only happen when the story and the characters are now very develope, and by characters I mean their bodies(You understand, right?).

REMINDER!: This is not a Fan- fiction where the Main Character is ultra-overpowered, like having the sharingan at a very early age and having the rinnegan at like the age of 4 years old. This Fan-fiction is a story where our Main Character would experience some hardships in his life(Later on), and would advance and grow in power with talent, hardwork and oppurtunity. Would experience betrayal that would make his attitude more cold and not gonna easily trust anyone, he would also do some stupid decisions in his life that he would regret.

So for those that are anticipating that this novel is a very like other fan-fictions, I apologize in advance because this is not what you are expecting for.