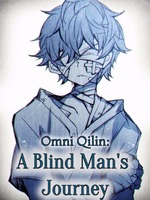 But what if there is more than seven elements?

What if there is more than four edicts?

What if there is someone who possesses all of them?

A story about a blind being with an unknown past and origin, forgotten memories, and overpowered abilities.

This is a work of fan fiction using characters from Coiling Dragon, which is trademarked by I Eat Tomatoes.

The characters are created and owned by I Eat Tomatoes, and I do not claim any ownership over them or the world of Coiling Dragon. With the exception of the characters I created with my own imagination.

Lastly, I wanted to thank I Eat Tomatoes for writing such a story that started my interest for reading.

Chapter release: Depends on readers demand and the votes.

# Not Canon So STFU