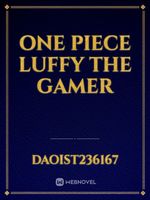 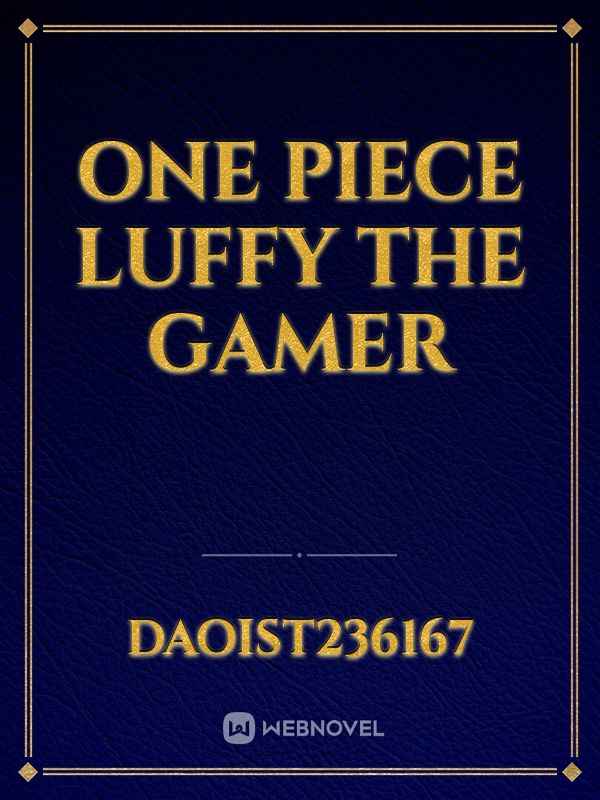 one piece luffy the gamer

Chapter 1: BIRTH OF THE PIRATE KING

It was a sunny day on a unknown island on the grand line in the new world, it was a summer island that wasn't known by the world government, here in a grandiose hospital we could observe two men anxiously waiting for something, the first man is a tall, tanned, broad-chested, muscular old man. He has a beard and a scar over his left eye his eye color is blue, and his hair is dark with wite stripes going trough it, it seemed age was getting to him, he wears a white suit with a blue shirt underneath and a greenish tie around his neck, he also wears a white cape with a red and black shoulder-pads on the back of his cape there was only a single word written in kanji "Justice". The other man has spiky black hair with a widow's peak and a tattoo on the left side of his face, which is colored dark red, he has a bit of stubble on his chin, he is most often seen sporting a grin but right now he wasn't grining he had a serious look on his face, he was wearing a large green cloak.

Those two men were really famous, most exactly one was famous and the other was infamous, you see Monkey D. Garp is one of the strongest marines alive this fact supported by his actions, three years ago he fought and caught Gol D. Roger the pirate king the known strongest man on earth, the only one's known to match him were Garp himself and Whitebeard the other man with unrivaled powers (which we won't explain until later) Roger got executed later, the other one was Monkey D. Dragon the biolgical son of Garp, as his father was one of the most great and exalted marines you would think that Dragon would want to follow in his fathers footsteps and become a marine, but here you would be dead wrong. Dragon became something that every marine and world government hated, a revolutionary.

Dragon himself hated the world government coruption and the so known "Celestial dragons" who would abuse their status of descendants of the funders of the world government, to do anything they wanted, there were no rules for them. Dragon was disgusted with this so he created the revolutionary army to destroy the world government and bring true peace and justice to the world. You might think right now that the two of them should be fighting to the death because they were in two different factions with different ideals, but here you would be wrong again, Garp joined the marines when he was really young so he didn't know about the coruption of the world government but after years of doing his duty as a marine he learned too much, right now he couldn't resign and leave the marines because even though he hated the world government conduct, he himself still had justice coursing trough his veins, he still wanted to catch evildoers, Garp actually was supportive of his son actions in secret, he himself would never say that out loud.

Garp turned towards Dragon and said "You brat why did you drag me here, don't you think that i will catch you and throw you into Impel Down?" Dragon turned towards Garp with a grin on his face and said "Father even if you wanted to catch me it wouldn't be so easy, im not the same kid you would tie baloons to and leave to float or getting thrown towards the lions" Garp smiled at those memories "Ah the good times of your childhood" Dragon continued "Anyways back to business you need to know that your grandchild is born right now, and you will have to take care of him in the future, you should know why" the grin on Dragons face disapperead after he said that, Garp turned to Dragon "Well brat it seems you won't be able to even take care of your own child, aren't you kind of shameless to dump him with me? You should also know that even though i should be able to take care of him for a while i won't be able to stay with him forever" Dragon nodded at his father reasoning and said "I actually have a plan for him, take him into east blue on our birth island and when you can't take care of him anymore leave him in care of someone of Foosha Village, you are rather well known there aren't you?" Garp looked again at his son and nodded mutely.

The nurse that was inside the room ran outside really fast and when her eyes landed on Dragon she said hurriedly "Mister please come inside, the child has been born but his mother won't resist anymore, there were complications and she doesn't have much time left, she requested to see you before she passes away." Dragon nodded with a sad look on his face, he actually knew, and his lover knew too that she wouldn't be able to survive if she gave birth but she insisted anyway. You see in the Monkey family there was a very high percentage chance for the mother who gave birth to die, because the strength at birth of the Monkey family was way higher than the others, the mother couldn't survive giving birth due to the amount of nutrients needed to keep alive such a abnormal child, thats why Dragon grew up motherless, it seemed his child would do the same.

Dragon entered the room, his lover was on the hospital bed with a little bundle in her arms, the bundle seemingly had tons of energy he laughed a weird laugh that sounded like "Shishishi" with his baby voice and he moved around in his cloth bundle. Dragon looked at the situation with a smile on his face, but the smile disappeared almost instantly because his wife's heartbeat was getting slower and slower, it seemed that her life was almost at the end.

Dragon walked near the bed and looked in his wife's eyes their eyes locked for a whole 30 seconds, there were no words needed between the two of them, with her last breath she gave him the bundle and uttered 3 words "Monkey D. Luffy", the heart monitor near the bed gave a long beep, her heart stopped. Dragon's eyes grew misty and water started to pour out of his eyes, he was crying. Luffy seeing his father sad he started to wail and cry as well he wasn't happy anymore because Luffy himself felt that someone precious to him disapperead forever it wasn't instinct, it was the big blue screen that appeared in his face that said:

Congratulations to host with your birth you unlocked the strongest system, unfortunately your mother had to die because of that.

With that message Luffy's great future was set in stone, even his father and grandfather will be so shocked of his growth in the future that their jaws will hit the ground.

There is no level but there are stats:

Will:The higher the will the better effects of your 2 haki's (conquerors and armament) i think observation is more like very high instinct to the point you can actually read the opponents mind (basic observation) as for future sight this will need Will as well.

There are perks but you can only be born with them.

Skill are instantly mastered unless they are things like Swordsmanship, Martial Arts, etc ex: If Luffy learns gomu gomu no pistol that means he can do it perfectly from the first try(this only applys to special kills, higher mastery in the swordsmanship etc. means more damage from the skills its statsXmastery + skill damage) basically if Luffy eats any kind of devil fruit as long as he makes skills he would be strong asf but he can't shoot them continously he needs Vit stat for that.

Power Ranks:Civilian Marine Fodder Basic Pirate Any other kind of marine rank below captain Marine Captain = Pirate captain but not in all cases it depends Rear admiral Supernovas Vice Admiral Admiral = 1/3 Yonkou Fleet Admiral = 2/3 Yokou Yonkou Pirate King these ranks will be only displayed on enemies and friends Luffy will have no rank

Luffy's stats (i know they may seem op because he was just born but whatever,he is basically as strong as an adult male from birth)

-Good genes:You have the dna coming from one of the strongest men on the earth coursing trough you, you can train faster.

-Will of D:Unlocks the will stat easier doubles will stat gains and the speed which you gain will stat.

-Great destiny:Even if you know it or not, you have a great destiny so you will have a lot of chance encounters.

-Fruit eater (Comes from the system):You can eat 5 devil fruits and gain water resistance that means you can swim even if you eat devil fruits, but beware sea stone still drains you of 30% of stats.

-Fast learner:You have a good head on your shoulders, you can learn skills very fast sometimes you can invent skills on the fly or learn just by watching.

Training:Normal training which means the usual sit ups push ups jogging pull ups, or weight lifting this gives you stats, there is a cap on the training stats though which can be broken with fighting

Fighting:depending on your opponent you can gain stats by fighting but beware if you fight too weak opponents you won't gain anything.

There is a cycle Luffy needs to train and fight to become stronger after the cap on stats break you can train again but you would either need longer training or harder training to get results, if you do the same training as before the cap you won't gain results.

Luffy has a inventory, depending on his strength he gains more carry capacity and slots (every slot can have 99 items, only the first item is calculated in weight) the weight thing is so Luffy can't use the inventory to drag things he shouldn't be able to out of the way, as any other inventory the thing Luffy stores remain fresh..