One Piece: Rouge X Asura - others

/ others / One Piece: Rouge X Asura 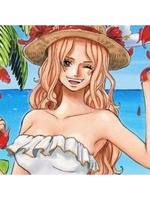 Roger has decided to disband his crew, soon Roger pirates were no more, one after another left the ship, only 5 people stayed on the ship, Roger, Rayleigh, Shanks, Buggy, and Asura

Soon they realized that they're meeting their captain's lover Rouge, a beautiful woman like no other but what is shocking is she is pregnant

" They will kill her...and her child, captain" Asura told his captain of the fate of his lover and child that he already knows but doesn't seem like he will do anything to prevent