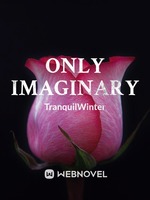 Ever since the beginning of its creation, the city of Aerilon bestows each and every citizen with gifts. No, not the type of gifts we receive in this world. These gifts are more like powers that help you find your way in life. Each person receives a gift at the age of eight, you see. Chen Yue, a soft-spoken and intelligent young girl, was given the gift of hope and wit, which suited her perfectly.
When it is time for Chen Xiu Lan, Yue's younger and much more naive sister, to receive her gift, the extraordinary and abnormally rare power to prevent any ill person from dying, she refuses to accept it, something never done before. Xiu Lan is nearly forsaken by her parents, bullied by her schoolmates, and rejected by her city.

Little Xiu Lan eventually accepts her gift, not out of the realization that it greatly upset the tradition, but due to the fact that she could bear the torment no longer. When Xiu Lan is immediately met with all sorts of requests, the girl is reluctant to use her gift, thus creating much more criticism.
Soon, Yue notices her younger sister's strange behavior. Murmuring to herself at night, being afraid to be all alone in the house, scribbling disturbing sentences in the mirrors. She speaks of a nonexistent "Only Imaginary" character and often "converses" with it. After uncovering some important details behind these mysterious hauntings, Yue realizes that it is up to her to pry her sister from the grasp of whatever evil force was tormenting her. But is it too late?