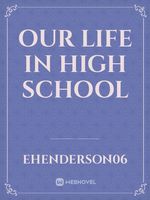 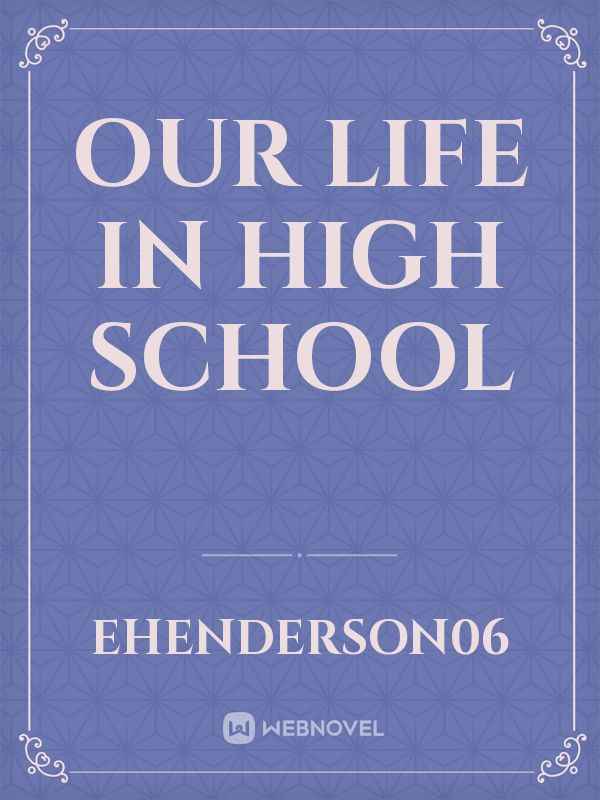 Our Life In High School

Chapter 1: Our Life During High School

Highschool...They say "High school is the 4 years you never forget",But what if I want to forget them? High school is completely different from the movies and shows by the way.They didn't lie about the drama and difficulty though. Boyfriend's, Girlfriends, Break ups, Grades, Friendship, Arguments..yeah none of it is gonna end well no matter how hard you try to prevent it from going to shit. It's all just one problem after another, I'm not saying I expected anything different though I just didn't think everything would become so complicated so easily. Well, allow me to introduce myself. I'm Alexandra (Alex for short), your average sixteen year old bitch. I have a pretty basic life. I live with my mom and dad and 3 siblings. We aren't close though I don't really feel a need to connect with my family anymore. They don't pay attention to me even when I try to connect with them. I spend most of my time with my best friends instead.Ben,Philip,And my best friend since birth Hannah. Mine and Hannah's Mom's have been best friends since they were in college so we practically grew up as sisters all of our lives. We experienced everything together and were there for eachother at all times, especially when Hannah's mom died.. Hannah's mom was a second mom to me so it definitely affected both of us but not as much as it affected Hannah, But that's not my story to tell. Me and Hannah have lived pretty basic lives until our two best friends came into our lives. We have all been best friends since fifth grade when the boys switched to our class. I'll never forget that day. The boys got seated at our table and there was an instant connection after Philip defended me against the school bully. Since then the four of us have been inseparable and plan to stay that way. I guess you can call us the four musketeers.We all lived our lives as one , One person's drama was all of our drama. As it should be. I'm saying that as if we had a bunch of drama going on, The most exciting thing that happened to us before 8th grade was Phil coming out as gay which we all seen coming if I'm being honest. He was never interested in girls; he always seemed disgusted by them and always complimented their outfits and fashion taste instead of how fat their ass looks in a certain pair of jeans like every other guy. Besides that the four of us lived basic drama free lives. I'm a girl who reads and writes in order to escape reality. Hannah sings and acts as if she was on broadway. Philip corrects everyone's outfit and is practically our personal designer,And Ben is just his perfect self who can do anything...If you can't tell I may or may not be MADLY in love with Ben which everyone knows but him. I started developing a crush on Ben in seventh grade after my first break up.I wouldn't say he was my first love or anything but it definitely hurt when we broke up. Ben helped me through it the whole time. Hannah and Philip helped me too of course, but not as much as Ben. Ever since then I started seeing him in a completely different way. Phil and Hannah have been trying to get me over Ben since the middle of eighth grade and we are high school sophomores so I guess you can say it's just a little difficult to get over this kid but to be fair it's hard to get over someone who sleeps over every other day. And not dating people makes it even harder. Most of us don't really date besides Hannah, bestie has been pulling boys since third grade. She didn't really date many of them though she's always been more focused on our group which we don't mind. Everyone knew the four of us we're best friends we are ALWAYS together and when I say always I mean it. We have all been in the same classes since fifth grade,We all sit at the same lunch table, and lockers are next to eachother.We are even together after school especially considering the fact that we all live on the same street,But even if we didn't it wouldn't have mattered because we are always at one of each other's house's,and sleepover at one of our houses every day.Well besides Ben but that's just because he has to take care of his little sister some days so we can't really hold him against it. But when he doesn't he's always sleeping over. I meant it when I said we are inseparable.But during high school things can change that inseparable bond. Well I guess we'll find that out won't we..