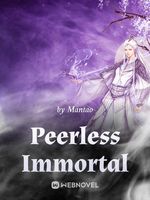 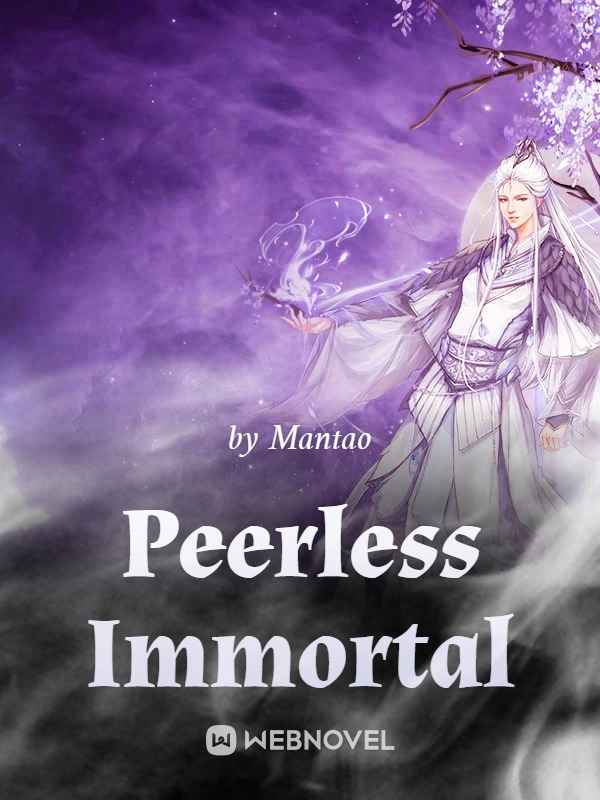 Chapter 1: The World of Celestial Gene

The World of Jiuzhou, Wuzhou city.

It was an early spring morning. This was the very moment when a sparrow wiggled its tail and flew over the emerald-colored lake, causing the water to ripple. All living things were starting to wake up and plants were budding. The glorious rising sun painted dewdrops on the grass, creating prisms.

Ding Hao was standing beside a fancy patterned window, watching spring unfurl outside the window. Then he looked down and saw that he was wearing a long hemp gown. He was sure of one thing.

In his previous life on earth, he was staying in Xiahua, Xingxiu Sea. He had no full time jobs, no life skills, and the only hobby he had was practicing martial arts. He did not practice any other type of martial arts save his family's power absorption skill.

That's right, he was the 42nd generation of the power zeroized old demon, Ding Chunqiu.

Ding Chunqiu was able to transform the power zeroization skill into power absorption skill. Unfortunately, technology was king on earth. Nobody cared about spiritual power. Poor Ding Hao who had learned the power absorption art had nowhere to exercise it.

It was rather bizarre, as he was playing with the black stone that Ding Chunqiu left him the nth time he transmigrated.

Most people would freak out when this kind of thing happened to them. But Ding Hao seemed very calm. He took the copper mirror from the table and had a look at himself. That's weird. "He is also named Ding Hao here, and they look very similar… could it be that the 20 odd years of being on earth was a preparation to transmigrate here?"

Ding Hao was able to learn about the young man's 15 years of life in a short time without much trouble. He had a rough grasp on this unfamiliar world.

"This is a world formed by the descendants of celestial beings!"

The world of Jiuzhou, or Little Jiuzhou, was a low-level plane of existence formed by the descendants of celestial beings. In other words, all the people in the world had celestial blood! Celestial gene! They could become celestial beings!

Of course having the gene did not indicate that one would become a celestial being. For example, people who had the hammer celestial gene would find it easier to work with metals and eventually become great blacksmiths; and there were also people with the cleaver celestial gene, and they would make amazing chefs.

He discovered there were just too many celestial genes in this world. Ding Hao laughed, "Even farmers are the descendents of celestial beings. Celestial genes are worthless!"

But when Ding Hao examined himself, he stopped laughing.

"What?! Having celestial genes is not enough?! They still need to be awakened!"

Being awakened was an important matter. Everybody possessed celestial genes. Most people can be awakened. However, some people could not be awakened. In other words, they were the lay people of Little Jiuzhou!

In other worlds, lay people usually did low level jobs and had uneventful lives. But in this world, the blacksmith, the farmers and the tailors all had celestial genes.

What can lay people do here?

In this word, lay people were basically pieces of trash! They could only beg for a living!

The problem: Ding Hai was already 15 years old, and he had yet to be awakened.

"God! How did I transmigrate into a body like this?!"

Ding Hao was shocked, and he almost fainted. "Can I transmigrate back to where I was?"

All celestial channels would be closed, all meridians would be solidified, and the individual would become a total piece of trash! Waste material!

At this moment, the door opened. A middle aged-man with a mustache came in. He was wearing the Ding family's costume. He looked domineering.

This was the mean housekeeper of the Ding family, Ding Laosi!

Ding Hao remembered that he had asked Ding Laosi to look for more information about being awakened.

Ding Laosi came into the room with a book and slammed it on the table. He angrily said, "This book costs ten taels of silver! The Ding family has no money. I bought this for you! It is my unfortunate fate to be the housekeeper of the Ding family! Not only am I not paid, I have to spend money too!"

The image of Ding Laosi being difficult member of the family all these years appeared in Ding Hao's mind. He stopped himself from being angry and said, "Thank you for your hard work. If you are unwilling to do it, you are welcome to leave the Ding family's house key, and then leave with your wife and children!"

"You!" Ding Laosi was stunned. Dao Hao was timid before he became a different person.

He glanced at Ding Hao. There was nothing different about the young man. Then he said mockingly, "Watch your mouth you piece of trash. You could have asked someone else to get this book! My son awakened when he was 11 years old. At 15 you still have you to be awakened. Such a shame. Save your breath. The Ding family's celestial seed will be taken by my son Ding Junjie!"

"What?! Seed seizing!" Ding Hao's eyes were burning with fire.

Rules in the world of Jiuzhou. If there was a higher level celestial teacher in the family, it will benefit the next five generations. In every generation, the eldest son or eldest grandson has the privilege of seed seizing! They enjoyed all kinds of preferential treatment! If the eldest son was not awakened, it would then be transferred to the second son and so on. If there was no one in the Ding family who could receive such an inheritance, then the family could pick someone else to seize the seed!

The celestial identity was a privilege granted by the emperor and the lord of a city. The country would provide 50 taels of silver, and the city lord would give them three medicinal pills every month. And they have the privilege of being recommended to join the Jiuzhou Academy to learn about the basic skills of becoming a celestial being and prep for the Celestial Cultivation Realm!

This was called seed seizing!

"No! I will not let this happen! Absolutely not!"

"It is not up to you. A piece of trash like you will not be awakened," Ding Laosi said contemptuously.

The current Ding Hao was not a weak young man. He, who came from Earth, knew very well that he did not have to fear a housekeeper. He hit the table and shouted, "Ding Laosi, you better watch your mouth! Although I have not been awakened, the celestial identity still belongs to me before I turn 16! I don't even have to bow when I see the city lord! Who do you think you are? You are just the housekeeper of the Ding family. You're a nobody. I dare you to go to the city lord and say that again!"

"You!" Ding Laosi was furious. He rushed toward Ding Hao, wanting to be him.

You must know that Ding Laosi was awakened, although it was just a low-rank mouse celestial gene. There was no doubt that he could beat Ding Hao.

Ding Hao knew that he couldn't beat him. He did not move and said, "If you hit me, I will surely tell the city lord on you. If I wasn't awakened it would be your fault because you hit me. Then you'll be blamed and you might even lose your life!"

"Damn it!" Ding Laosi stopped after he heard what Ding Hao said.

Although the punishment for beating a celestial seed and preventing it from being awakened was a big deal! It was a punishment that he was not willing to endure.

"Piece of trash, there's only a half a year left! We shall wait and see!" Ding Laosi left. After he left Ding Hao's door, he wondered what was the point of arguing with him. He only had half a year left. There was no way he could be awakened.

He laughed after he thought about that. He then lashed out. "Little piece of trash, I wonder who will be kicked out of the Ding family by then. I tell you, I have prepared a bowl for you to beg for a living! You little beggar!"

Ding Laosi left. Ding Hao sighed. He had finally let out the breath that he had been holding for the ten odd years!

After he sighed, he knew very well that the situation was quite grim!

"Only half a year left, and if not awakened then the celestial identity will be taken from him!"

Then Ding Hao quickly read the book that Ding Laosi got him.

"Ten ways to be awakened, this should be useful.

Of course, these were not the usual ways of being awakened.

There were two common methods of being awakened. The first was to enter a meditative state. The second was through visualization. You could integrate both methods and enter into a meditative state while visualizing.

To enter a meditative state was to sit in a cross-legged position, and allow one's mind to settle down and focus on a thought and achieve a state of being in control of your thoughts! Just as it was mentioned in the book, "To sit quietly in a room, set aside all thoughts, clear one's mind, and achieve a selfless state. And at the end achieve the highest state where there is not a thought in one's mind. Thoughts are impermissible."

The ability to achieve a higher-stage meditative state made it easier to open celestial channels and become awakened.

There were three levels of meditation: higher-stage, middle-stage, and lower-stage. There was another, but few could achieve it. It was called the perfect-stage meditative state.

It was said that if one could achieve the perfect-stage meditative state, even if it was only for a second, there was a possibility of being awakened.

All in all, there were nine levels of celestial genes. Which level you got depended on the object that you visualized. And thus, many people carry a picture of a powerful sage or a drawing of famous words and a ferocious beast, in hopes that they would be able to visualize a higher level celestial gene.