People Of Her Time - Sci-fi Romance

/ Sci-fi Romance / People Of Her Time 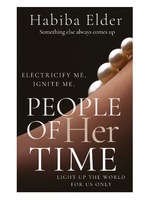 People Of Her Time POHT

In 1888, four lives were chosen for a purpose. A purpose with no relation to Jack the Ripper. In the midst of the overpopulated hovels, lived Allegra Breton who seemed to carelessly flaunt Isa Dantè, a French origin of her times and also a wealthy businessman.

Not aware of the suspicious deaths in the East End of London, she dreamt of becoming a prostitute but something always comes up. She electrically charges the world if she wanted to do. All she needed were water droplets and perhaps it was all present with Isa’s looks.

Her body wasn’t meant for the Dantè; he knew it the moment he saw her, he was the same. In fact, he was the second of the four humans, or so called, most of the time and since their birth. He had it all. He had the muscles and powers. Most importantly, he owned his energy blasts.

He took her hand and travelled instantly to Germany, a safer country. English in a foreign country, but something necessary always comes up. Howieda Edam and Ara Zachary, both intellects and of the exact purpose. That was how they made up the four of them. Howieda, an old woman, specialized in looking at photos and interpreting the people inside the frame. However, one thing no one understood about her was her ability to always be right about it.

All written in the book, their lives were put together but something always seems too off when you’re too sure, right?