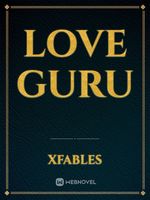 Charlie Shawn has always admired the big movie star or the world-renowned party animal Charlie Shean. However, their lives can never be more different. Charlie Shawn had sex with the first girl he kissed and ended up married to her.
Charlie has not much interest in anything other than sex, he is an underperformer and average in things not related to sex.

Sadly, his religious wife does not share the same enthusiasm for his heavenly act of fucking or so he thought until he caught his almost 'celibate' wife choking-up on his friend's hard cock. Heartbroken Charlie realized that though he has the heart of a great lover, his mediocrity extends even to his performance in sex.

Devastated over the betrayal, Charlie was betrayed again, as he was pushed down from a building. However, when he crashed on the ground, he did not die. He traveled back in time over 150 years to an alternate reality, to an era where sex is still a taboo to discuss and women's satisfaction is an alien concept.