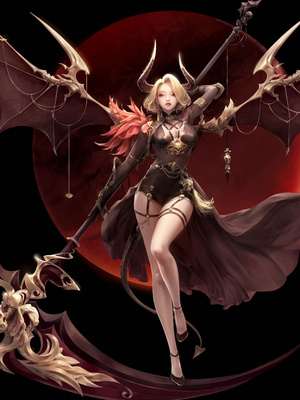 A pro gamer is thrust into an advanced fantasy world full of powerful gods, demons, heroes, legends, and mythical beasts. This new world is a brutal one full of hierarchy, corruption, and power. One ruled by rank and status. He starts off with a reset System of his highest Pro Gamer Loadout. Awakened not as a hero, but as the heir of the Demon King! Archer must find out the cold truth if he was reincarnated or summoned into this new world? And what is his true bloodline? Both the VR and fantasy worlds collide into the most epic adventure; full of legendary loot, big battles, and of course kingdom building. Archer will grind his way up to become the apex of this new world.

[The seven deadly sins will devour all!]

[ Welcome to the Inferno! To Grimmsal! Hell awaits you!]

"I will change my destiny."