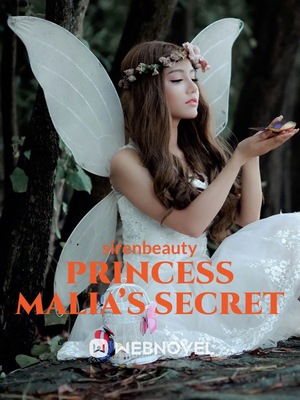 For Malia Blaze her way of life is almost perfect, her parents love and adore her, but they are super strict and overprotective. On her 18th birthday they turn her world upside down, when they informed her she is adopted, and she is the lost Princess of a Fairy Kingdom. She needs to leave her human world behind to go to the Erthesia Academy to undergo training to become a full pledge fairy, while keeping her true identity secret for her own sake.

Prince Flynn Vermilion is the Crown Prince, and the most popular guy in the Erthesia Kingdom because he has it all, good looks, wits, wealth and the crown. He hates Malia for she is the only female in the entire kingdom that does not care about who he is. He wants to teach her a lesson, make her fall in love with him and then break her heart into pieces.

Malia hates the academy, for it is full of bullies and bitches. They make her life miserable because for them, she is only half human and half fairy, especially Prince Flynn. But She cannot deny the fact that He is the first boy she ever liked.

Malia was abducted by the Dark Prince and her life was put in danger, Prince Flynn realized how important Malia in his life is. He is the first person who rescued her and discovered Malia's deepest secret.

Can Prince Flynn break Malia's heart? Or is his whole being including the crown will be shattered? Can he give up the throne in the name of love?

Is Malia powerful and strong enough to face the Sinister King of the dark realm to save her real parents and claim what is rightfully hers?
———————————————————————————
(Please continue to read the sequel of Princess Malia’s Secret Volume 2: The Deity Apprentice)

Amara was chosen as the next Deity of Erthesia Land, because of her overflowing beauty and power. For all her life she lives in the Magical Forest, they forbid her to go outside until she will be at the right age. She trained day and night to become the perfect deity, she can’t wait to get outside her world to explore what lies beyond the wilderness.

Princess Alana Vermilion is the Crown Princess of the Erthesia Kingdom, she has the beauty, that can launch a thousand ships. But she hates her life because they expect her to follow the footsteps of her parents, especially her Spektra mother, she is predicted to become the most compelling fairy in the entire fairyland. She wants to fly away from her Kingdom to hide in solitude.

Prince Benjamin “Ben” Neroz, is the Crown Prince of Elpizo Kingdom, he is the playboy of the Erthesia Land because he is the most handsome in his generation, smart and powerful, that is why the female population of all Erthesia Land is dying to be with him.

Amara met Prince Benjamin accidentally in the Magical Forest, and she fell in love with him, but being the Deity, means she is forbidden to fall in love, it does not allow her to interact with other fairies.

Prince Ben hates the idea that his parents want him to marry Princess Alana, he loves his freedom, and he doesn’t believe in love, but why he feels different towards Princess Alana when they met in the jungle? What made him more disoriented, Alana acts dissimilar, when she is in the academy compared in the forest.

Amara and Princess Alana’s kismet have been predicted by the Seer, she is destined to protect the Magical forest being the next Deity, while Princess Alana is fated to lead the citizen of Erthesia as the Queen of all fairyland, the moment their worlds collided with each other, they try to unravel the mystery of their existence. Are they powerful enough to change the course of their fate?