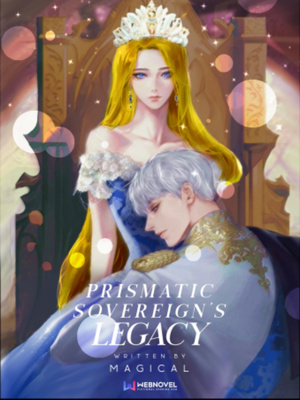 'Survive...Anasthasia' Keeps on repeating her mind. She found herself in the unknown future, will she be able to handle the tough adventure?

WPC Gold Tier winner: Am I Too Strong?

Anasthasia, the last known Prismatic Legatee, discerned the legacy as nothing but a curse. She came a long way until she built her empire, the Prismatic Empire.

But things went far worse as she got caught from the flames of war.

After a decade of war, Anasthasia, the empress of one of the prominent empires and the strongest human ever recorded in the known history of this world, found herself in a dire situation.

Clinging to the one sliver of hope, Anasthasia soon trapped herself in eternal ice, but when the ice broke down, she found herself in an unknown place and era.

Anasthasia torn between her cursed legacy and the future of humanity; whatever the case, she must make her decision.

Thank you so much Emperor Sgui Sgui for the cover! As always, its very beautiful! If you want to know more, please reach out to her, (turtleboiii#4991) in discord!