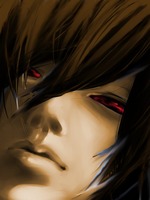 Rudra Jokaen was an orphan who lost his parents at the age of 10. Being rich nonetheless, he had a rich lifestyle for him which allowed him to live his life with ease. He lived a life of luxury and thrill, Yet was broken inside.

After he lost his life in a misunderstanding, Rudra was transmigrated to a new world by mistake. After meeting God and accepting his offer, Rudra reincarnates into a world of Gods, Demons, Monsters, and Heroes.

Follow his journey to reach the pinnacle in the World of Inhumans.