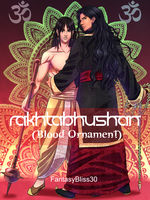 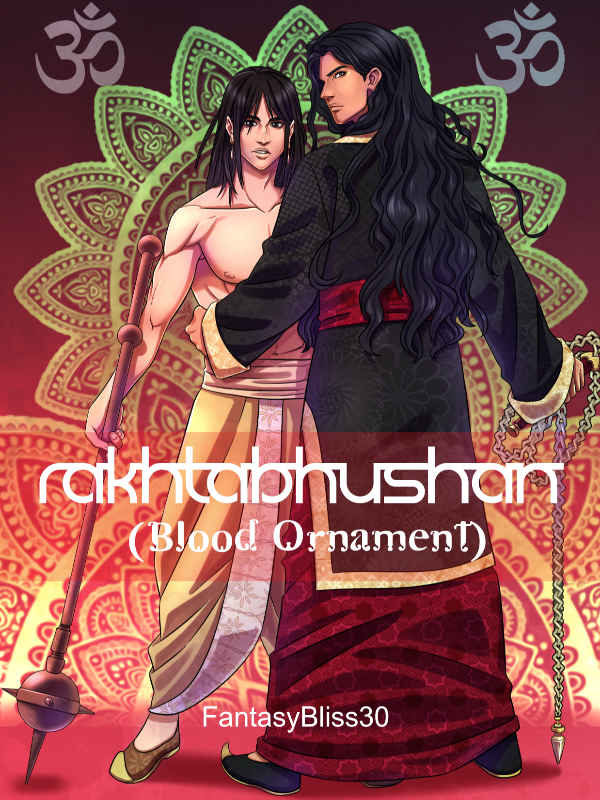 [I will continue this story; new chapters will be released soon. Just taking a short break to prepare for an upcoming writing contest.]
God King Arya defeats Asura Yaman. Two hundred years later, Yaman reincarnates as Prince Surya of Rakhtaprastha. Once Surya comes of age, flashbacks from his past life erode his mind. He seeks help from the Tantric guild, where his path entwines with black-clad Vidyut, his long time rival. Hardened by the cruelties of life, Vidyut embraces the dark art of Tantra, for which he is both rejected and coveted by the people of the Five Kingdoms.

Meanwhile, the Kingdom of Rakhtaprastha faces political turmoil and rival kingdoms, while the animosity between God King Arya and Yaman/Surya's supporter, Goddess Dimuka, spills into the human world.

Read to find out if Surya and Vidyut’s love can endure the wrath of forces, both good and evil.

Vidyut came and stood five steps before Surya, his eyes surveying the prince as if he was searching for something he had lost, his gaze holding and letting go every few seconds. Surya, in turn, resolutely stared at Vidyut’s eyes, and certainly not at his unrobed chest that was now glowing with a fine sheen of sweat. Vidyut’s eyes found Surya’s as if he had caught him thieving.

"If you look to learn the secrets of my trade, a word is enough, my prince. It would be my honor to teach you a thing or two about how sharp weapons work." Vidyut gave Surya a wicked look, gesturing him to the center of the terrace in an invitation to a friendly duel.

**It has BL/Gay content. Most Surya-Vidyut interactions are in the chapters marked Surya or Vidyut. The romance in this story is slowburn. Chapters with smut will be marked so in future.

***Secondary couple is Puru-Harihar. Puru is still straight in this book. They will become a couple in the sequel. Harihar is gay and introduced in chapter 117: Hunt for A Demon’s Treasure- Part 4

Cover Art is kindly done by a really really great artist, Nicoy Gueverra. I want to give her a special thanks for giving a face to my vision. Here is her website: https://nicoyguevarra.wixsite.com/home

The writing on the cover picture is by the generous and fellow author 26Stars.
https://www.webnovel.com/profile/4316514019?appId=10