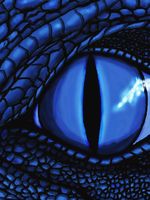 Do you know the one thing you should avoid at all costs?
Pissing off the goddess in charge of your reincarnation.
To bad no one ever told Jay.
He broke the cardinal rule of look but don't touch, and now he has to survive in a fantasy world with a target on his back.
Will Jay survive this world filled with dragons, demons, and the ineptitude of his party?
Or will he just be vulture chow?

Will have adult themes.

Pic isn't mine, found it on Google.