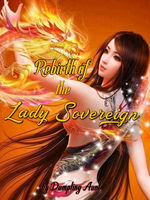 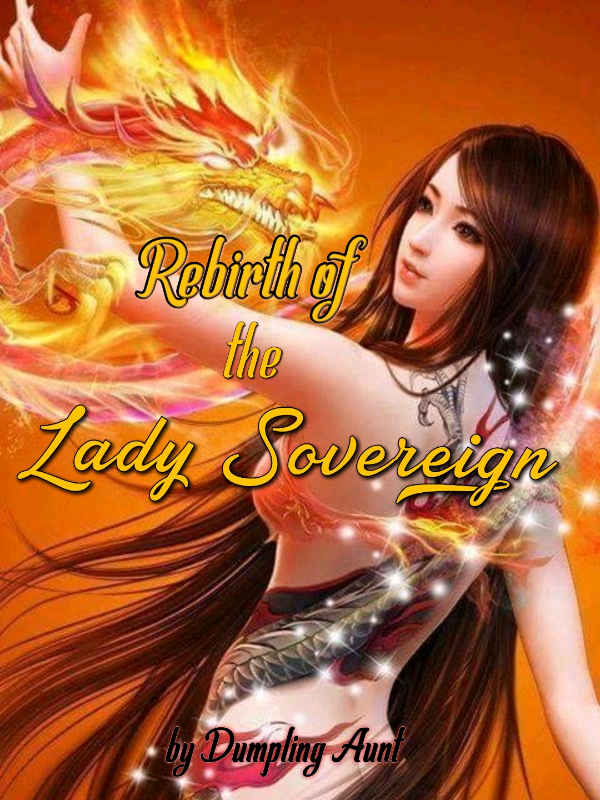 Rebirth of the Lady Sovereign

Inside the dark forest, a lady was running at great speed with a sword in her right hand and she was firmly clutching something on her left hand. Her clothes were tattered and were soaked in red blood. As she ran towards the darkest part of the forest, blood dripped down with every step she took leaving a trail of blood.

"She went towards the inner region of the Dark Mist forest, quickly follow her", said a hooded man in black looking at the trail of blood.

One after another, a group of men went towards the inner region of the dark mist forest.

Not long after, a lady dressed in black with a purple cape arrived in that same place with a group of people following behind her. Holding a fiery red colored whip in her hand, she said with a wicked smile on her face, "Sovereign Althea, let's see how long you can run"

In the inner region of the Dark mist forest, Althea continued to run under the cover of the towering trees. Behind her was a group of men following her.

Althea gritted her teeth and said under her breath, "The four great powers, If I make it out of this forest alive I will make sure to return the debt ten-fold. And even if I have to die in this forest, I will take the Dragon token with me"

Clutching the Dragon token in her left hand, Althea sat down and leaned on the stone under the tree gasping for breath. Blood covered her entire body and unknown to her the Dragon token was absorbing the blood on her hand.

"Here you are, Lady Sovereign"

A man dressed in a Green robe with long leather boots jumped down from the tree while looking at Althea with malicious intent. He had short blonde hair with brown eyes, on his black leather belt hung a small dagger made of black iron.

"Lord Griffon, I have been fooled by your fake pretense. I never would have thought that the number one Practitioner of the Rainbow cloud Academy who is known for upholding justice is a total scum", said Althea wiping the blood from the corner of her mouth.

"Indeed deserving of your title as the youngest and only lady sovereign of the Hall of Mage, even at your death's door you are as calm as an ocean", said Lord Griffon playing with the dagger on his leather belt.

"I think I arrived at the right moment," said an old man with gray hair and beard dressed in White as he descended from the sky.

"Grandmaster Vivan of the Alchemist Guild, you are as punctual as ever", said Lord Griffon in a sarcastic tone.

"Well, I guess I am a little late for the show", said the Hooded man in black as he appeared out of the darkness.

Not long after, a lady in a Purple cape also descended from a flying beast.

"Lady Azuya of the Beast Tamer organization and President Mithan of Black Tower is here too. Now that all the Five powers had gathered together, what should we do", said Lord Griffon with a smile on his face.

Althea looked at all the powerful figures from the four great powers who had been chasing after her for the Dragon token and started laughing.

"All of you are blinded by the greed for power, I wonder what will happen after I die because there is only one Dragon token"

Saying that Althea raised her hand and drew some intricate characters with her fingers on the empty air.

"Quickly stop her, she is setting up a spirit barrier so that she can stall for time to destroy the Dragon token", said Lady Azuya as she swung her whip towards Althea.

Althea stopped her movement and said with a smirked, "Too late"

A loud sound was produced as the whip hit the invisible barrier.

"Everyone, this is not a normal spirit barrier she had made her spirit seed as the core, we have to work together to break it", said Grandmaster Vivan.

President Mithan nodded his head and said, " Grandmaster Vivan is right, first we have to break the barrier, as for the Dragon token, we will see after taking care of her"

Inside the barrier, Althea looked at the Dragon token on her hand and said to herself, "Mother, I am sorry for not being able to protect the only thing you left me"

Tears trickled down her cheeks as she softly stroke the dragon token on her palm. The token was red and made of unknown material and was half the size of a palm. The Red Dragon was carved on the token. The three sides of the token were smooth and shiny but the fourth side was rough and there were cracks near the edges.

Outside the barrier, the four of them joined hands together and were attacking the barrier.

Althea didn't pay heed to them and simply sat down with the Dragon token on her hand.

"Mother said that this token is not complete. I wonder where the other part of the token is. Too bad, I have to destroy it", said Althea as she cried out in despair, she had always wanted to fulfill her mother's dying wish.

Firmly holding the dragon token in her hand, Althea stood up and looked at the four great powers in front of her and said, "The Four Great powers of the Land of Dura, if there is reincarnation, I will return and become your worst nightmare, I will be your Goddess of Destruction"

After saying that, Althea's body started to glow fiery red as she infuses all her remaining energy on the Dragon token. Her spirit seed which is located in the center of her chest started to shake violently and cracks started to appear on her skin.

"Damn it, She is even using her spirit seed to destroy the token," said Lady Azuya

Everyone looked at the dragon token on Althea's hand but no one noticed the pain and agony on her face.

A loud explosion sounded as Althea exploded her spirit seed. The night sky turned fiery red as the flame engulfed nearly ten miles in radius and a roar of a dragon was heard from the center of the explosion.

The four great powers quickly retreated several miles away from the explosion area and put up a barrier to protect themselves.

Twenty miles away from the explosion area, Lord Griffon blasted the nearest tree and shouted, "Damn it"

"It's no use crying over a spilled milk", said Lady Azuya as she summoned her flying beast and left the forest.

"So, this is the end of Lady Sovereign," said President Mithan before jumping into the sky and disappearing in the dark.

Grandmaster Vivan humphed and left the place. One by one everyone left the Dark Mist forest.

Althea opened her eyes slowly and the first thing that greeted her vision was the brightly decorated red ceiling above her head. She blinked a few times and thought, 'I am alive! Didn't I already die!'

As she was thinking about how she survived after the explosion, a sudden cry was heard from the door.

"Althea, you finally woke up", cried a lady as she rushed towards the bed with tears in her eyes.

'Who is this lady? I am sure I have never seen her before' thought Althea.

Noticing the confused look on Althea's face, the lady hugged her and said, "Althea, my daughter are you still angry at mother"

'What! Mother!', Althea was even more confused at Lady's words but she didn't say anything.

At the same time, there were sounds of footsteps outside the room, soon a handsome man entered the room with a tinge of worry on his face.

"My lady, what is going on? Did something happened to our daughter", said the man as he rushed inside.

"My Lord, Althea woke up"

"What! Quickly call the alchemist", the man hurriedly gave orders to the servant before looking at Althea.

"Althea, my daughter, thank goodness you finally woke up, how are you feeling now", said the man.

Althea looked at the handsome man and pretty lady by her side and thought to herself, 'Did they mistaken me for their lost daughter'

"My Lord, the alchemist is here", announced the servant.

"Quickly let him in", said the man

An old man entered the room and bowed towards the couple, "Greetings to My Lord and his lady"

"Master Wanro, Althea just woke up from a coma, can you check on her," said the lady with tears in her eyes.

"Congratulations to the Lord and his Lady, this is a happy occasion", said Master Wanro as he sat down beside Althea and check her pulse. After that, he drew a rune on Althea's palm and guided it inside her body.

'He is old but he is only a mid-level alchemist and besides he is a low-level Inscriptionist, this man is a high-level practitioner and the lady is a mid-level mage. Looking at their age, their innate talent can only be considered mediocre. If I wanted to leave this place, it's no big deal' thought Althea as she observes the people around her. After that, she closed her eyes and check her spirit seed.

After checking out spirit seed, Althea widened her eyes and thought, 'What the hell is going on?'

Like it! Add it to your library and leave a review. Also, don't forget to vote.

The Author will decide whether to continue or drop the novel based on the level of attention the novel gets.