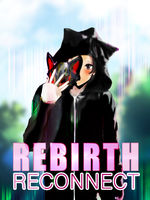 Qin Qianyu, a 28 year old talented biochemist gave up a lot of things for love.

She had it all, fame, money, godly looks, you name it she had it. Even the things she didn’t want she got, like betrayal, loss of her entire family, riches, love and eventually her life.

However, after being schemed against and murdered, Qin Qianyu is able to live life again when she’s transported back 13 years to the tender age of 15.

Armed with knowledge, skills, and events of the future, Qin Qianyu sets out to change her fate, to take hold of her own destiny, get revenge on those that had taken her life and reconnect with all the people from her former life she had previously cast aside in the name of love.


I write mainly on my phone during breaks at work or spare time so at the moment updates will more likely than not, be a little sporadic.