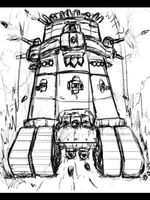 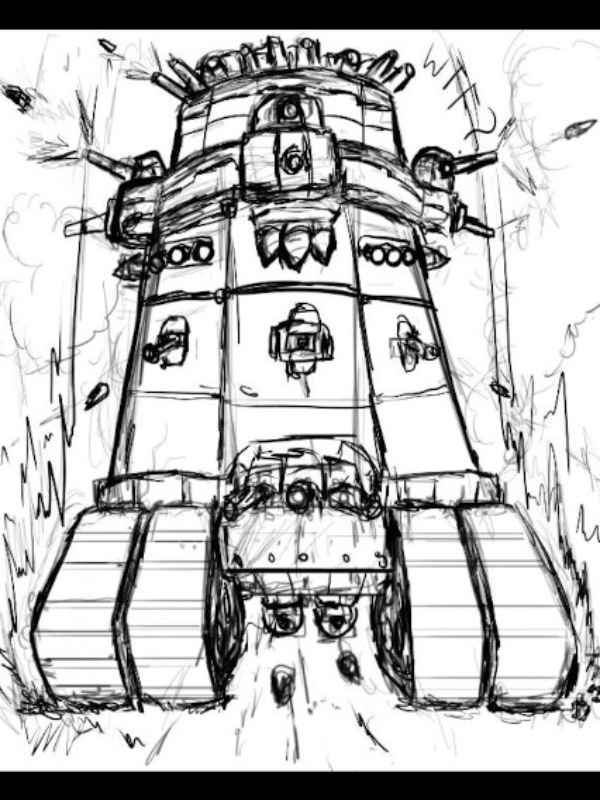 Reborn as a... Flak Tower on Tank Treads?! RAFTTT

A 17-year old redditor was minding his own business, browsing, as you would have guessed in case you haven't already noticed, reddit, when a humongous 42-feet long Oil Tanker truck exploded due to some... mishandling of the loaders (and also because of this lazy author)... and somehow hit his house, exactly on his room where he was using his PC, killing him and burning that part of his house. I don't need to explain what happened to his body, and life.

After some mourning and disorientation, he reincarnates into a G-Tower Flak Tower used by the Germans during the 1940s in the defense of Berlin against the soviets, except it's on fucking tank treads, and can move at 60 km/h for god's sake!

Not to mention, he has a fucking leveling system! And to put the cherry on top, he's in another world (surprise-surprise) with monsters, reincarnated heroes like him except their human or some other race, magic, kingdoms, and medieval feuds.

Come and join his journey of being transmigrated into this body -if you could even call it a body, since its made out of reinforced concrete, Anti-everything guns, missiles, and the chassis of a tank- and trying to survive, in another world with demon lords, angels, heroes, dragons, golems, and a whole lot of utter isekai-genre bullshittery.

(Imma try to write this shit along with the other novel I have hihi, this is all for fun so you might see some inaccuracies with some of the weapons, but yeah, hope you check it out!
I got this idea while browsing reddit too irl lol so I thought to myself "Why not make this bullshit idea a thing?", and my mind gave birth to this abominable stupidity)