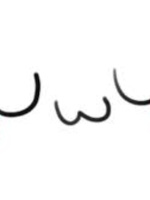 "The world has a mystery hidden that not science can't be solved immediately.

Things like "next life after current life" and "Island Out of Time or In Sea of Time (ISOT)" is what makes it an interesting theme for readers who is into them.

In our world, one of it, the ISOT, a time travel phenomena, happened when my late ancestor who was from the year 2016 got dragged alongside the country and her surrounding countries back to the early signs of World War 2 where he banded anyone together as the leader that led to the formation of the country I lived at today.

It might sound strange and fictional but it's all true including the existence of magic as a permanent side effect.

One of those pages of his other side of not-for-sale biography when I first read it, gave me questions about it.

But again, magic is a reality now and I quote: "During my early teens around the time before the time 'The Tyrant' ruined the economy of my country, I am merely a foolish undisciplined bastard who wanted nothing but things to do in life by practicing a martial art.

My life was normally that until one day I got transported into a fantasy world which after the wars, I became one of the Founding Fathers of a country."

The passage itself was doubtful but it was enough to be a family secret.

After my death, along the way, I discovered that I was reborn in a country he founded and that I am his descendant.

This world...there's plenty of things to offer." - MC's impression

Disclaimer: The following content inside the story does not show what kind of person I am irl.

-Story published on other websites. Please check my profile for verification and proof that I wrote it.-


To those want to message or contact me in Discord, here's my Discord ID