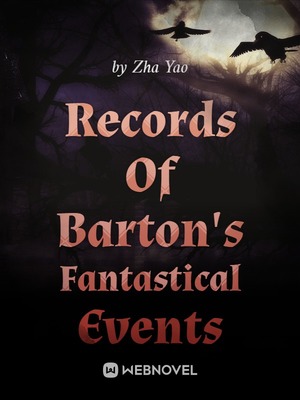 Zachary Grande sat in a comfortable, padded Romanesque chair, with his white fingers groped on the wooden armrest, and his eyes scanned the documents on the desk in front of him unintendedly, with a trace of disdain on lips.

This was the mayor's office in Barton, but apparently, Zachary- Oh wait, this vampire doesn't like people calling him his full name. In order to prevent him from seeing this manuscript, and finding one more reason to suck my blood, it is better for me to follow his habits and call him Zach.

Er, where were we? Oh right, Zach, Zach was not the mayor of Barton City. He just stared at the beautiful female secretary outside the office with his red eyes for a while and made a lie casually with his lips that were far redder than ordinary men earlier. Then the woman whose beauty far exceeded her talent opened the door for him. Zach had a great appearance, and it was thanks to his parents three hundred? Four hundred years ago? Er, who knows. In short, it was thanks to his parents, who no longer existed, that this vampire's hypnotizing eyes had a bonus effect for women and some men.

Believe me, in the absence of food for two days, the hungry Zach needed the bonus brought by this his great appearance.

The door of the office was pushed open, and a middle-aged fat man did not notice that there was another person in his office. He took off his hat and coat and hung it on the hanger beside the door, and then shivered in coldness. The coat and hat that were hung on the hanger had crystal-clear water drops. It seemed that the first spring rain was ushered in Barton City.

And then, with the coming of spring, would Barton City usher in the first bloody crime after the New Year? Oh no, no, no, believe me, as a person who wrote this story, I also hope that there would be such an exciting beginning! However, the hungry Mr. Vampire did not want his only protection in Barton to disappear, so he straightened his body and leaned forward, with his fingers playing with the desk lamp.

"Mr. Mayor, I haven't seen you for a long time." in the dim desk lamp light, Zach's pale face was painted in wax yellow.

"Oh my God!" The fat middle-aged man jumped back in shock and slammed into the door behind him, but after he saw the person sitting there, his expression eased and became impatient. Pressing on the switch on the wall, the whole office was lit up, "Zach! How did you get in here!"

Zach shrugged and his eyes turned from light green to red.

"Gina?" Barton's current mayor Anthony was a little angry, "It seems that she is too idle at work! Maybe she should be transferred to work for Cologne!"

Although Anthony said so, he didn't show any signs of wanting to open the door to reprimand the female secretary Gina.

"Don't be like this, Anthony." Zach's eyes have returned to light green. He put his hands on his chest, and jokingly said, "Did you not see her shirt buttons? If you need help to untie her third button, you know I am very happy to help."

Anthony walked to his desk and sneered, "Forget it, Zach. For a vampire, you have long forgotten the human desire to conquer, and I am not interested in the momentary pleasure!"

Zach stood up consciously and gave up his seat, watching Anthony sit down with a smile on his lips: "the desire to conquer? My friend, we all know that it is just a boring pastime, just like your chair, you know that the romanesque chair shouldn't have any decorations, right? But you have added complicated carvings and a thick cushion to it."

The people in power loved Roman-style furniture and utensils. Perhaps it was the history of Rome that gave these things a sense of power. But when the ancient style collided with the habits of modern people, it produced a combination like this. From Zach's point of view, it was just the same as the momentary pleasure. Vampires could use hypnotizing eyes, but Antony insisted on bring up the boring conquering games.

"I like the soft and warm cushion under my butt instead of the hard cold wood!" Anthony said coldly, "Okay, Zach, why are you here, just get to the point!"

"Do you still need me to say it?" Zach shook his head helplessly. He reached over the documents on the table and pulled out a land transfer order signed a week ago, "Anthony, you know I need that land."

Zach's 'Long Time No See' was just common courtesy, but honestly, for this transfer order, the mayor had been avoiding him for a week!

"Sigh." Anthony sighed and moved the document away, "Zach, you need that land, but the people of Barton also need that land! Living people need the land, not the corpses!"

"Anthony, my friend, don't forget that you still owe me." Zach pressed one hand on the document, staring at Anthony's head that had already shown the sign of baldness. Anthony was getting old. After all, he was a human, and humans would die when they were old.

Anthony didn't look at Zach. He shook his head, bent over to open a drawer, took out a document, and handed it to Zach, "This is the only thing I can do. I wanted to let Gina deliver it tomorrow, but since you are here, you can take it."

Zach took the document and quickly scanned it. "You want to give me the cemetery in the Southern District? Private property? What does it mean?" He was a little surprised.

Okay, so as not to confuse everyone, let me briefly introduce the identity of this vampire.

Zachary Grande was a contracted funeral director. Note that it was contracted. Although on his business card, he was the owner of the "Grande Funeral Home", the funeral business in Barton City was actually controlled by the city government, so a week ago, when the city government reclaimed his cemetery in the west of Barton, as the "owner" of the cemetery, he could not do anything. Because the land belonged to the people of Barton. People collectively believed that the cemetery should be turned into houses for living people to live, not for corpses.

Anthony looked up at Zach, "It means that the cemetery in the Southern District will be your private property, and the municipal government has no right to do anything with your land!"

Zach took the file and shook his head again and again, "No, no, no! This means that we can no longer receive funding from the municipal government!" Zach held the document in one hand and waved the other hand and said, "From today onward, all of our income will need to be made by ourselves!"

Asking a vampire to make money? Oh my God, is the Mayor of Barton city crazy?

It was a pity that Anthony was not crazy, but the person who was going crazy was Zach.

"Do you know how big the cemetery in the Southern District is?!" Zach's other hand also started to wave in the air, "How many people can it bury? One thousand? Two thousand? Anthony! Are you joking? After the cemetery is full, what do you want me to sell?"

Yes, our vampire protagonist has completely missed the point.

Okay, let me re-introduce our protagonist, this was a vampire who wanted to integrate into human society. Indeed, he would occasionally suck innocent passersby dry in dark streets and alleys, and he would also occasionally take one or two beautiful women or men to have a crazy evening party with his hypnotizing eyes, and occasionally...

But in general, this was a vampire who wanted to survive in human society. But now, our Mr. Zach- Er, please allow me to call him like this, after all, we all know that 'Grande' was not his real surname, but a surname of a pitiful old man, who was hypnotized into giving out his family's property to him. In short, our Mr. Zach encountered the first crisis in his 300 or 400 years of life, which we call: lack of money.