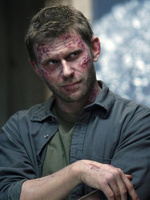 This story is about Samael(Me) being reborn as Michael Demiurgos in DC/Lucifer TV world fusion.

In all my other fanfics the story is that all of creation(every fictional world) exist because of humans from our world(the world of origin). The souls of the world of origin are made from the true Creator's Light which holds all these world's in balance and keeps them existing.

But the Apocalypse has already finishes in the world of origin so these world's are collapsing so beings that came into being from the void begged the true creator for mercy and atleast one soul made from the true Creator's Light.

In pity the True Creator reincarnated Samael. But Samael will not remember the encounter, nor will he his name(though he will everything else in his past life but he will have the mentality of a Archangel so expect him to act like one),

Michael will be loyal to the Presence because he has the mentality of an Archangel and I see myself If I reincarnated as Michael also be loyal to The Presence And not rebel.

(More about Michael's thoughts will be explained while reading the fic)

There will be differences in this fic compared to the show.

The Mother of Creation doesn't exist in this one.

Amenadiel isn't the oldest. Michael is. He and Lucifer are twins then came Gabriel an instant later. But Michael came into being an instant before Samael(Lucifer)

Michael will be merciful and kind but if one dares to defy the presence then he will descend like a furious fierce lion and rip the blasphemous sinner apart be it angel or another sentient being.

Michael will not like the pagan deities because his father is the Creator and he sees these inferior beings dare to claim to be God's and above him so expect hateful comments for them. So if you don't like that please be warned. (Though I will not focus too much on this part)

Also I will not be focusing on the DC universe superheroes theme. Because well...It is pretty confusing.

With crisis on earth storyline and all the other shenanigans...

So I will mostly be focused on Vertigo and TV show stuff but there will probably be times where Michael will interact with other beings such as the New God's or Superman and Batman etc.

This fanfic will also most likely contain my own headcanon along with changes in some beings personalities because of Michael being one of the first beings and helping in their creation alongside Samael and Gabriel.

Also guys I know a good bit about Vertigo but I don't know everything so feel free to correct me on things I get wrong.