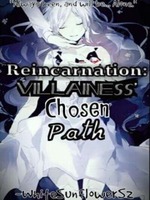 Life was hard and... Cruel.
That is how Rue Sweet Lee saw the world.

It's coming to take her again.

'Truthfully I really wanted to laugh at her reaction that time, but I wasn't able to, because everything hurts, every part of my body hurts so badly.

I just then realized, that I was really dying. It was really my end after all, but I told myself,

"Well, at least I won't need to endure, and suffer with this family anymore."' She thought.

All her life she was alone and pained and burden by the misery of being alive.

The only thing that was keep her on going, was her almost finished Otome Game, titled 'The Strings Of Love' that she considered as her only 'friend'

But, death was like a gum stuck to her

While laying on the floor, dying the only thing on her mind that time was.

A story of a girl, who face death once, now twice, and even now waking up and found herself reincarnated and given another chance in life again, was once again still forced to face death once more.

This is her story when she decided to bow down to her fate and bow down to face her death.

And be the Main Villainess of her favorite Otome Game, which whose death was already predestined.

So, What can she do now?

"I have decided to be a Sacrificial Villainess, to give them a route to their happy end…"

"How about your happy ever after then?"

"My happy ever after?"

" I'm not worth it. Besides I'm nearing death's door anyway"

A girl who saved everyone…

"Goobye... Everyone"
She walked away

Out of their life…