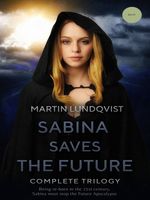 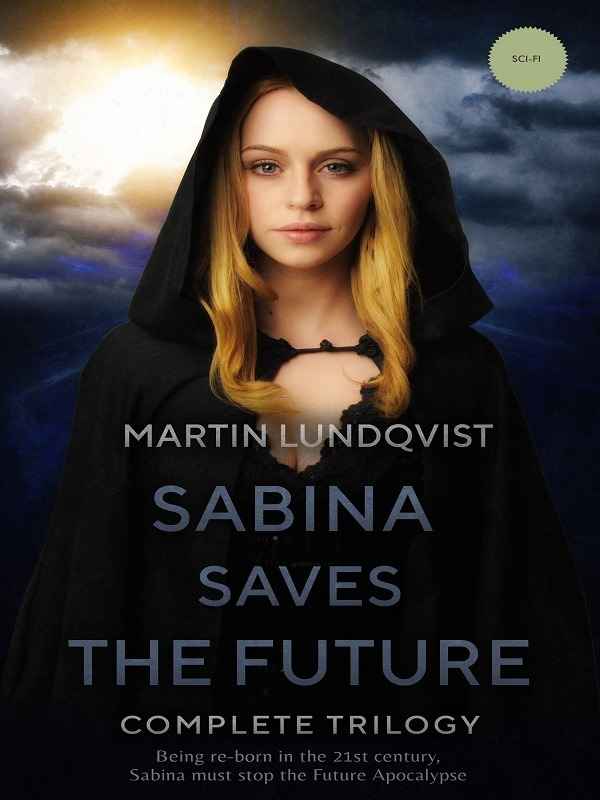 Being reborn in the 21st century, Sabina must stop the apocalypse from happening in the 29th century.

Sabina Saves the Future is a trilogy of novellas, following the adventurous and supernaturally gifted Sabina Hines, as she travels the world and uncovers various nefarious conspiracies.
Sabina’s Pursuit of the Holy Grail

Sabina is a gifted 18-year-old girl living in Sydney, in the year 2037. She carries a unique secret. Sabina used to be the Chosen One, but she failed to stop the apocalypse from occurring in the year 2887. As she died, she asked The True Maker to let her be reborn in 2019 and to keep her powers.
After narrowly escaping being raped by the spoiled brat Joshua Harkins, Sabina has an epiphany: That it is time for her to set out on her mission to find the Primordial Zeto Crystal, also known as the Holy Grail.


Sabina's quest takes her to Jerusalem where evil men are after the Holy Grail for their own nefarious purposes. Facing the conspirators, Sabina sets out on a dangerous quest to find and purify the magical artefact, and to stop it from falling into the wrong hands.


But stopping evil is not an easy task, and what sacrifices must Sabina make to reach her goal. Will Sabina be able to retain her innocence throughout the ordeal?
Sabina’s Quest to Open the Portal
Having secured the Zeto Crystal, Sabina must choose between love and duty.

Sabina’s Quest to Open the Portal takes place straight after the ending of Sabina’s Pursuit of the Holy Grail. Mentally and physically scarred from her ordeal in Israel, Sabina finds solace in the handsome and empathetic Alexander O’Neill, and she experiences romantic love for the first time.
With the Zeto Crystal de-energised Sabina focuses on her relationship with Alex and raising funds for charity.
Life is good for Sabina until one day when a new enemy emerges, which forces her to go to Mexico on the brink of civil war and face the difficult choice between love and duty.
Sabina’s Expedition to Stop the Apocalypse
After many ordeals, Sabina faces her nemesis, Rangda. But will Sabina overcome the evil that she tries to stop?

Having survived the civil war in Mexico, and having stopped Pierre Beaumont’s evil scheme, Sabina and Alex are recuperating in Hawaii.

Peace doesn’t last for long though, as the mysterious Martin Al-Sham re-emerges. His associates kidnap Alex, to force Sabina to help Martin with a dangerous expedition.
Martin reveals that he has found a way to re-energise the Zeto Crystal, and that he needs Sabina to fulfil her destiny.
Together they travel to Kiribati. First, they must scale an active volcano, before Sabina can swim down to the Sunken Pyramid of Kiribati, where the portal to the Divine Dimension is located.

Eventually, Sabina reaches Rangda, but will she be able to carry out her mission, or will she become the very evil that she tried to stop?