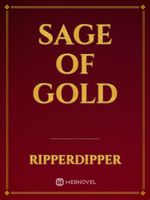 For the aspiring writer Leikeze (Pen Name), life revolves around his cool chair, his cat Mr. Kittles and his book Justicar.

That doesn't mean he didn't like it, in fact he adored his life revolving around 3 of his favorite things.

However, fate has a different plan for him, as all of the sudden, he found himself thrust into the world of the same book he was writing.

Leikeze liked the book from a reader's perspective.

Not so much. After all, the world was riddled with super powers, different fantasy races, heroes and villains and most of all, the world background was as much of a mess as his room!

What's he going to do when the only thing he knows are whatever is canon? Should he meddle or just let the story play?

Was it even the same story?

To make matters worse, he was given the body of a supposed historic villain but secretly a tragic hero as a young teenager in the modern era of that world.

Oh, he also has a bro-con little sister who wants to jump inside his pants at every chance.

Great. Life is a doozy. The Sage of Gold is here.