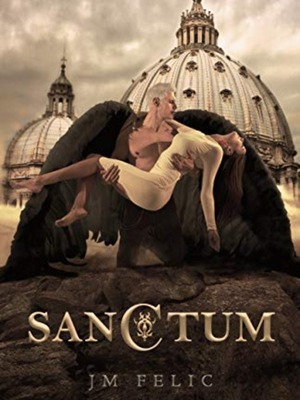 He promptly commanded before he cupped her chin and pressed his palatable lips into her mouth.

It was a whirlwind of chaos. Her mouth was covered entirely with his own. He savagely torpedoed his tongue and flicked and sparred it with hers until she moaned in protest. She pushed his chest forcefully back, but he only seized her hands and pinned them on the door.

She moaned again, this time feeling breathless. He didn't give her any respite even with this however. He used his power to control the air and ordered it to fill her lungs with enough oxygen so that she wouldn't faint of asphyxiation.

And the wind did so accordingly, ultimately giving him the much needed time to claim her mouth more leisurely.

He had never tasted this kind of sweet nectar before. The longing about it... the yearning for more... the feeling of exploding was so tangible against her skin.

So this is what humans call, desire....


Follow an exorcist priest assigned by Sancta Sedes to exorcise demons from every continent. He must obey the Holy Pope whatever the cost is due to a dark secret only him and a few bishops know about. And this time, the Holy Pope instructs him to go in the City of Soren to investigate a recent, of the many, demoniacal attacks in an orphanage house of St. Therese.

Once there, he quickly discovered the reason why, but never had he expected it to come from an unlikely source: a woman, who had broke down his walls in more ways than one.

"There's a new badass in town, and it's an exorcist priest."