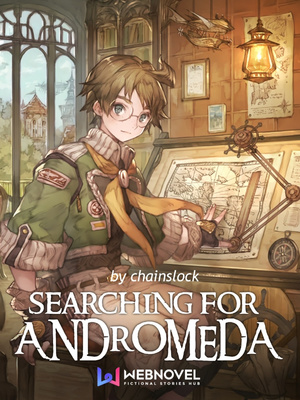 Ephraim, or as called by his colleagues, Raim, is an archeologist. Upon his commencement, he was stationed with a task force consisting of a researcher, a biologist, a doctor, and a former sergeant-in-arms; their team entrusted with a duty to examine the desolated LAB of an abandoned former space station: ANDROMEDA.

As a man of science, he knew what his weakness was: curiosity. Upon entering the premises of ANDROMEDA, Raim discovers that succumbing to his desires would prove fatal one day.

And that day has come.

By the end of the darkness of the seemingly isolated laboratory was not obscurity filled with dust and desolation—but a tunnel leading to another realm of knowledge. A pathway to another dimension.

The entrance to a completely different time where magic, knights, kingdom, monsters, and battles reigned supreme;

Now Ephraim and his task force must utilize their existing knowledge and cultivate their given power to survive onslaughts and drive the kingdoms of another world to prosperity.

[note: if you push through chapter 13 where the action generally starts, it will be worth it.]

The artwork is drawn by me (the author) and it features Ephraim in Volume 2.

Special thanks to Hesreth who did the texts for the cover. Check her stories!

This is a work of fiction. Names, characters, businesses, places, events, locales, and incidents are either the products of the author’s imagination or used in a fictitious manner. Any resemblance to actual persons, living or dead, or actual events is purely coincidental.

• • SUPPORT THE AUTHOR • •
Buy me a coffee to keep me awake from long nights of writing: https://ko-fi.com/chainslock

WILL UNDERGO EDITING IN VOLUME 1 NEXT YEAR.