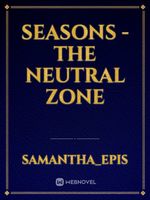 In 2020, there was a rebellion caused by environmentalists, who took possession of all the oil platforms of which they were aware, taking control, killing all those who stood in their way, considering them expendable for the good of the planet. They made the planet completely ecological, eliminating over time all forms of pollution, starting with plastic.

They had allied themselves with scientists, who had been working secretly for over ten years on a project to divide the earth into four hemispheres, taking the Greenwich meridian and the equator as reference points. Thanks to sabotage, they managed to rise to power by implementing their experiment. To each hemisphere belonged a season, which remained fixed forever. There was only one small island in the middle of the Atlantic Ocean, at equal distance from all coasts, called the Neutral Zone, where the seasons changed regularly. In order to prevent the world from being polluted again, a new law was stipulated that all newborn children from all hemispheres should be brought to this island, so that they could be properly educated, strengthen their skills and be sorted out in the right season at the age of eighteen, in order to protect the world. Unfortunately, however, Winter, the most remote and underrated season on earth, which invented the best technologies and is home to the most intelligent people in the world, was not kept under control. From there a revolt started, which expanded for the other seasons, until it reached the heart of the new society: Summer.