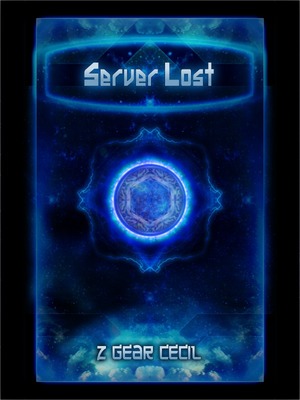 “Hey uh… Sephir, is this normal?” Ritorureddo called out to the Seraphim in front of the Party of Four, pointing to the text chat with two big words ‘Server Lost’ spelled out over it.

Slowly coming to a Halt, Sephir yawned as his head turned side to side, looking around the Dungeon lobby they had been walking into. “Where’d everyone go?”

“Eh…? Were you on autopilot again? Stop sleeping in-game!” Muttered Kyōkotora, pinching the bridge of their nose, only to open their eyes wide filled with shock, he could feel his face.

Sephir raised a brow calmly, looking to Ritorureddo before opening his own interface, only for it to vanish immediately. “Tch, That’s not right...”

“Guys! I can’t log out!” Bakkuhako shrieked and threw his hands in the air, planting them on his head, frantically freaking out as much as a skeleton mage possibly could.

“Neither can I!” Ritorureddo bleated as she grasped at her forehead.

“The Hub just disappeared...What the heck is this…?” Glancing back to the door, a blinding blue light flashed through the Lobby, a strange subtle warmth surrounding all of them.

The year is 2145, virtual reality had taken the next step in evolution six decades ago and developed a Full Dive system that allowed humanity to sync their consciousnesses with new virtual worlds. The most innovative and interactive game known as Sekai no Kyū (Sphere of the World), is a Japanese masterpiece localized across the entire World.

Jack Graham plays as a Seraphim, one of the highest ranking and rarest Angel race classes in the game. He’s also one of the few foreign English speakers who plays on the Native Japanese Server.

Jack Graham, known as Sephir in-game, is a leading member of the PKKer guild Solvent 52, and has renown as one of the top LvL 100 players of the game. He is paid by the developers to help beginner player characters and instigate the completion of challenging quests.

Hospitalized and emotionally stunted in real life, after a traumatic event that claimed his little sister’s life and nearly his own, Jack uses virtual reality as an escape from the Greater World. Now… He finds himself in a New World with three weaker people he hardly knows at his side.

Want to talk? Want to be part of the plot!?
Join my discord here:
https://discord.gg/Cw8Kv3F