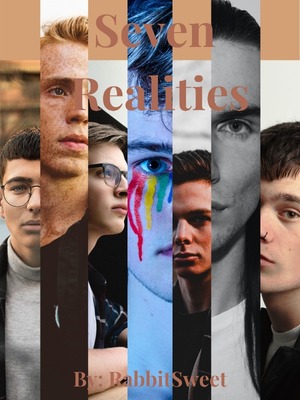 Keith has always searched for perfection. His family forces him to study all the time to be the best. That's very stressful, as his life revolves around books and responsibilities that make him feel trapped. His only escape is his friends who live in a similar or worse situation than he does. They are the only ones who make his life worth it and makes him feel less miserable. Senna, his best friend, is going through something similar. His family orders him to be a good son so they look like a great family. He lives for appearances. He is in love with his friend Dean, who gets into trouble and lives off the denigration of others. They are all friends of Shaun who lives on insecurity. He is in love with his friend, Saint, who has always been a disappointment to his own family. His best friend is Nathan, who has a dark past that he cannot forget, and who is also in love with Keith. And finally everyone knows Taylor who always smiles even when he lives in great unhappiness. They are a group of friends who live seven similar and different lives at the same time.

One day their group of friends disintegrates and two of them leave town without saying anything. Years later one of his friends disappears and is accused of a murder, Keith and the rest of his friends are taken to the police station for questioning. Keith is surprised and angry because the detectives chasing his friend are actually Nathan and Saint, his two friends who one day disappeared without a word.

Nathan is now a respected detective. He and his best friend Saint went to the police academy and are now looking for Dean, an old friend. When he and Keith meet again, Nathan is attracted to his old friend who was his first love. The group of friends meets as 7 different lives. Perfection, appearance, denigration, insecurity, disappointment, unhappiness and tragedy are together again.