She Stole The Gay's Brief - Romance

/ Romance / She Stole The Gay's Brief 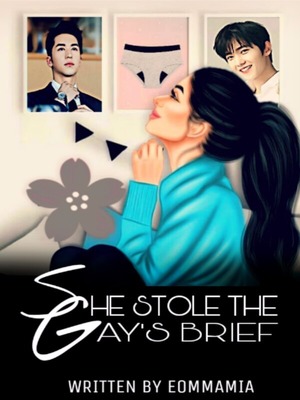 She Stole The Gay's Brief SSTGB

Gays may be loud and frank, but they have been placing a smile on everyone's face. Ara Cee can't deny it, women love Gays for the mirthfulness they're giving, but some women will end up loving them romantically.

Merely a spoiled brat, that is how other people define Ara Cee Concepcion. But in reality, she's sometimes down to earth, respectful, lovely, and no one can be on the same level as the mischievousness she possessed. Moreover, she's so blessed for having the best family in the entire world and she has the best friends whom she's calling her Angels.

On the contrary, she ain't fortunate enough because here's Marcus Natividad, a campus heartthrob. He's not just a good-looking man, but Marcus also has a no-joke intelligence. And apart from that, he is the guy that Ara loves so much since then, but he has been so blind. He can see Ara, but not her feelings for him.

Despite that Marcus never acknowledge her feelings, she's still into him. Being his friend and giving her the attention she wants is more than enough. Not until Charles 'Charmagne' Fuentes came, their world began to shudder.

The Marcus she used to know was changed and Ara even became more desperate in love that leads to stealing someone's underwear.

Expecting that she'll finally experience genuine love after she stole the gay's brief.